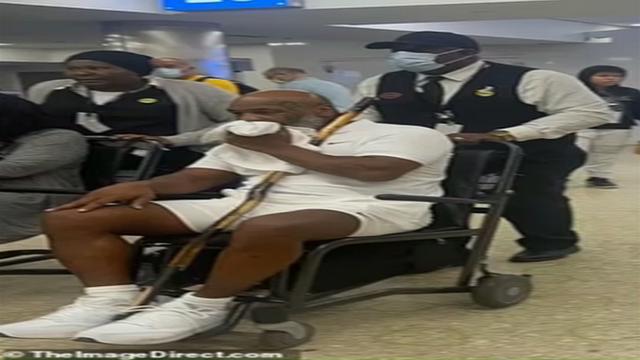 I think most that watch this channel would say he did it willingly. He made a decision, apparently a business decision. It does not look good for Iron Mike. For those that do not know, he was called “Iron Mike” back in the day. Now he really does have a lot of iron and other things in his system, like graphene and other metals. He probably has way too much real iron in his system now. Only 56 years old.

And part two is when Australian farmer Ben Jackson couldn’t attend his Aunt’s funeral due to Covid restrictions he laid out grain for his Sheep in the shape of a heart. Very cool.