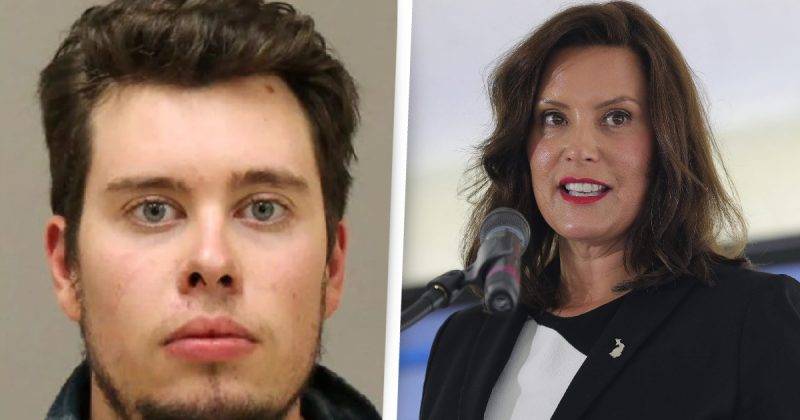 DETROIT – In a rare filing in federal court, prosecutors disclosed the details of a plea deal in the plot to kidnap Michigan Gov. Gretchen Whitmer hours before the defendant is set to stand in front of a judge and admit his guilt.

The plea agreement shows that Ty Garbin, an airline mechanic of Wixom, Michigan, has cut a deal under which he admits to conspiring to kidnap the governor and agrees to “fully cooperate” with the FBI and testify against others in the case in exchange for leniency.

Garbin, 25, faces up to life in prison on the kidnap conspiracy charge. Federal prosecutors have agreed to recommend a lighter sentence – they did not disclose any figures – in exchange for his cooperation. A judge will have the final say in his sentence.

Garbin has an 11 a.m. EST plea hearing in U.S. District Court in Grand Rapids Tuesday. Typically, plea agreements aren’t made public until after defendants enter their guilty plea before a judge.

In this case, for reasons not known, the government released the plea agreement early on and disclosed new details in the case, including that the alleged ringleader Adam Fox was preparing the basement where he lived for a kidnapping exercise, and planned on using zip ties and a taser to “neutralize” the governor.

Defense lawyers have argued that the defendants had no real plan to kidnap the governor, but were only blowing off steam, talking tough and engaging in puffery.

Prosecutors argue otherwise, saying the suspects took steps to carry out their plan, such as casing the governor’s home at night and during the day, drawing up maps and holding training exercises.

Garbin is the first to cut a deal in the case.

Garbin and 13 others are accused of conspiring to kidnap the governor, motivated largely by anger over her lockdown orders during the pandemic.

Garbin was an active participant in plot, prosecutors argue

Garbin and four of his co-defendants were arrested in an FBI sting on Oct. 6 after undercover informants and agents had infiltrated their group and learned of their alleged plan to kidnap the governor. One FBI agent has said there was talk of taking Whitmer out on a boat and leaving her stranded in Lake Michigan.

Six men are facing federal charges in the case; Eight others with alleged ties to the kidnap plot are facing terrorism charges in state court, for, among other things, allegedly plotting a violent revolt on the state Capitol.

Following his arrest, Garbin’s lawyer, Mark Satawa, argued that his client was a bystander in the plot, and that he would be vindicated when the facts came out.

But prosecutors countered that Garbin wasn’t just a bystander, but an active participant who carried out the following acts:

Prosecutors used those allegations, along with claims that Garbin had the ability to manufacture guns, to convince a judge to deny bond to Garbin last fall. The government argued that Garbin was a danger to society and could not be trusted not to flee.

A magistrate judge agreed and ordered him detained.

Satawa had previously argued that Garbin has “no criminal history, ” a good job making $28-an-hour and an army-veteran father who can keep an eye on him.

All six federal defendants have been denied bond. Eight others are charged in state court on terrorism and gun related charges.

According to court records, Garbin was a member of the Wolverine Watchmen, a self-proclaimed militia group, and met accused ringleader Adam Fox at a Second Amendment rally at the state Capitol in Lansing.

The FBI says that Garbin and others attended a firearms training in Cambria, Wisconsin, including an attempt to make an improvised explosive device.

According to court documents, the FBI reviewed encrypted group chats that indicated Garbin, Fox and others planned to meet an associate on Oct. 7 “to make a payment on explosives and exchange tactical gear.”

But the rendezvous didn’t go as planned.

When Garbin and his alleged cohorts showed up, FBI agents were there waiting and arrested them instead.