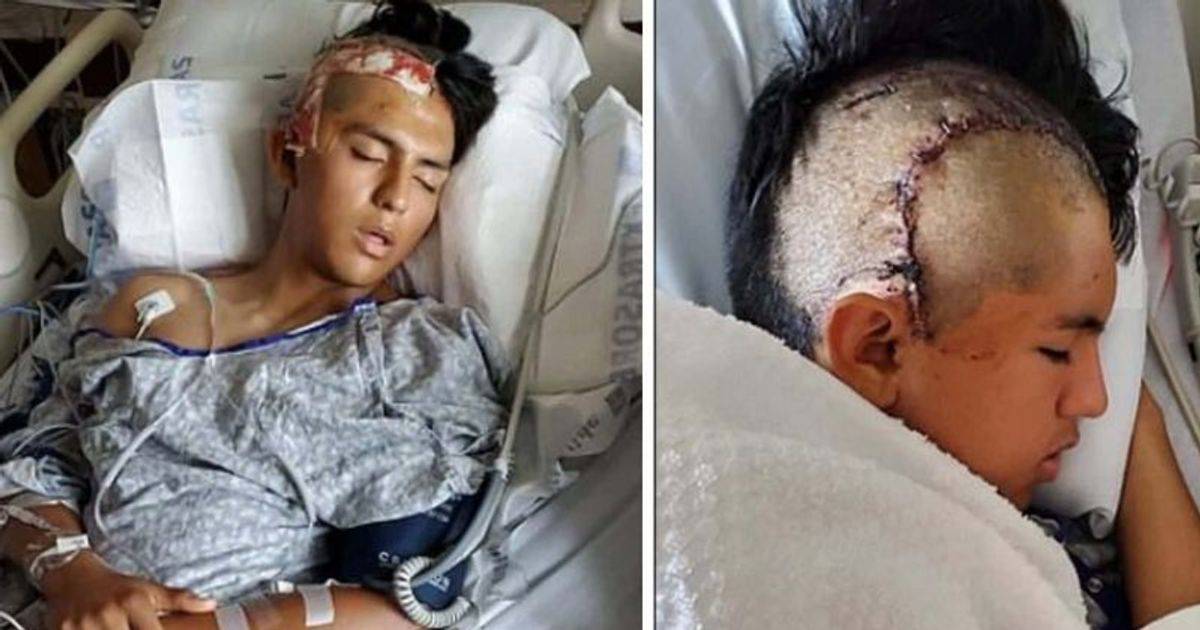 A shocking new video has revealed the extent to which Meryl Streep’s nephew, Charles Harrison Streep, allegedly assaulted a teenager in East Hampton in August. The recently released video shows 31-year-old Streep lifting 18-year-old David Peralta’s limp body and thrusting him to the ground that resulted in the teenager suffering from a life-threatening brain injury.

Peralta, after the incident, spoke to the Daily Mail, claiming that Streep hurled “racist” abuse at him as he threatened to throw him to the ground and dismissed the teen as “just Spanish.” Peralta, however, was born in America. The incident occurred on August 24 at the Hamptons town Main Street after Steep did not observe a stop sign and caused a near collision between Peralta’s red Mustang and Streep’s Audi convertible.

After the near-collision, the two men came out of their vehicles and talked but Peralta, who reportedly thought the conversation ended there, was in for a surprise when Streep swung back around in an illegal U-turn and followed the teen into the Chase parking lot where events escalated, he told the outlet. The incident was reportedly caught from two different angles by Chase Bank security cameras, footage of which was obtained by the outlet.

The clip shows Streep stepping out of his car and stalking back towards the teen’s car as Peralta gets out. The teen attempts to bring his hands up but stumbles back as Streep appears to rush him. Peralta, while recalling the moment, told the outlet: “He starts coming at me, pushing me. He said: ”You’re just Spanish I’m going to slam you to the ground…’ [after that] I don’t remember much because I went unconscious.”

The video shows Peralta dropping down low and bringing Streep down with a judo-style shoulder throw. But Streep, who outweighs Peralta by 50 lbs, quickly regains control of the situation. The Hollywood star’s nephew then fixes Peralta in a choke-hold and drags him from the ground while the teen hangs limp and unconscious and his feet scrape the tarmac. Streep then pulls Peralta upwards before throwing him on the ground with force. As a bruised and bloodied Peralta regained consciousness, Streep was seen returning to his vehicle, leaving the teen there.

You can watch the video here.

The 31-year-old was arrested nearly three days after the incident and was charged with felony counts of second-degree assault and second-degree strangulation. He was later released on a bail of $5,000. Streep, who is scheduled to appear in court on November 5, has pleaded not guilty on both counts. He is also reportedly fighting a civil suit filed against him by Peralta, whose recovery is uncertain as he faces potential medical bills in excess of $100,000 following severe brain injury.

Peralta’s attorney Edmond Chakmakian told the outlet: “David is never going to be the same. This is a major event in his life. The level of violence is really shocking. For him to take this young man’s limp body, after he had choked him unconscious and slam him on the ground…it just rises to the level of obscenity in my view. And I think to any rational, compassionate person with a heart it’s just beyond comprehension. It’s beyond entitlement. Perhaps he thinks that because of his bloodline or his famous father or aunt he can act with impunity.”