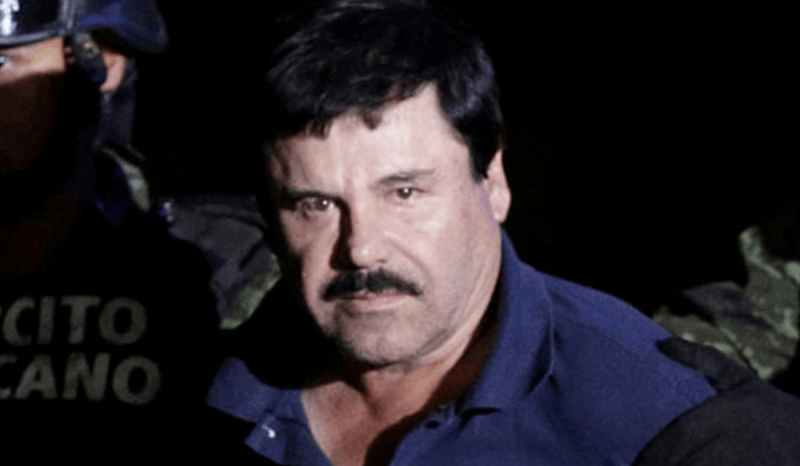 A VICIOUS drug war between El Chapo’s sons and the Jalisco New Generation cartel has seen nearly 250 people slaughtered in a month in Mexico.

According to Mexican newspaper Zeta Tijuana, a shocking 246 homicides were recorded in Baja California in the first 28 days of January this year.

A large percentage of these are believed to be linked to ‘Los Chapitos’ Guzman – the children of drug lord El ‘Chapo’ Guzman, who is currently imprisoned in the US.

The CJNG, ruled by Nemesio “El Mencho” Oseguera Cervantes, has now consolidated power in at least 35 states across Mexico and Puerto Rico.

The group are renowned for their brutality – ripping out victims’ hearts, dissolving their bodies in barrels of acid, and even targeting pregnant women.

According to Zeta Tijuana, fighting between “Los Chapitos” and rival cartels in the region began in 2019.

The eruption in violence reportedly began when “Los Chapitos” seized territories originally run by Ismael el “Mayo” Zambada, the co-founder of the Sinaloa cartel, and started assassinating drug dealers in the Mexicali Valley.

Eight in ten of the murders committed in Baja California last year are related to drug feuds, according to authorities.

El Chapo has a lot of sons: The official count is 15, but up to 24 people are rumoured to be his offspring. Most of them aren’t in the cartel.

Ivan is El Chapo’s oldest son at 39 and a key figure in Los Chapitos.

He is thought to be leading the battle in wrestling control from former Sinaloa Cartel leaders, some of whom are now the Chapitos’ rivals.

He was briefly taken hostage along with his brother Jesus by the rival Jalisco New Generation cartel while their dad was still running the show from prison in 2016.

Jesus, 37, is known as Alfredo or “Alfredillo,” he’s on the Drug Enforcement Administration’s most wanted list, the only one of Chapo’s kids to have that dubious distinction.

He is thought to be running part of the cartel with his brother Ivan.

Alfredo’s become known for his lavish lifestyle and likes to party which he likes to taunt the authorities with.

Alfredo and Ivan were kidnapped by the Jalisco New Generation cartel in 2016.

He is thought to be behind the carnage in Culiacán and has been wanted by the authorities for years.

After the cartel opened fire on authorities in the streets, the Mexican government deemed the threat of violence to civilians too high. And they let him go.

Ovidio and Ivan have been deemed as key lieutenants in the Sinaloa cartel by the US Treasury Department.

For decades, the region has been under the control of the Sinaloa cartel, Zeta Tijuana reports.

But since El Chapo’s imprisonment, Sinaloa itself has been locked in a brutal power struggle between ‘El Mayo’ Zambada and “Los Chapitos”.

The conflict has become a further source of horrific violence in Baja California, which was once known as a peaceful area frequently visited by American tourists.

According to Zeta Tijuana, who report extensively on gang warfare in the area, Los Chapitos have recruited allies in the region who are helping them carry out the brutal turf war.

El Mayo is one of the last remaining members of the original cartel and believes he is the man to take it forward now El Chapo is out of the picture.

The DEA and local marines finally recaptured Guzman, who has twice escaped from prison, in his native Mexico in 2016.

He was found guilty of 10 charges, including drug trafficking and money laundering, by a federal court in New York last year and jailed for life.