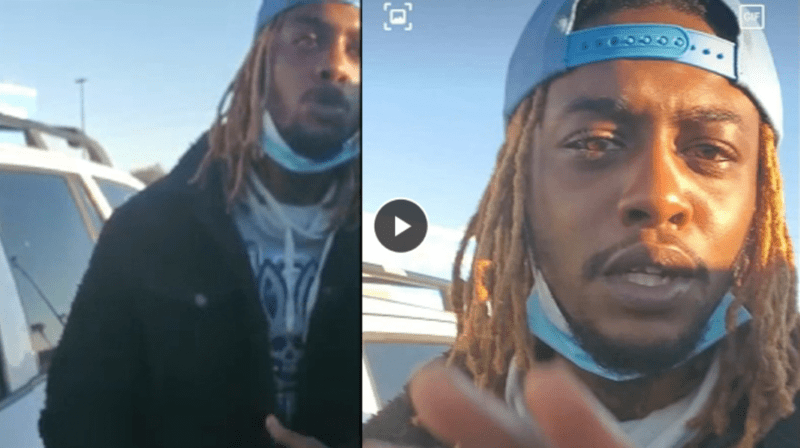 HARRIS COUNTY, Texas (KTRK) — Using the victim’s own video, investigators with the Harris County Sheriff’s Office have identified a suspect in a shooting outside a Walmart in north Harris County.

Marlon Thomas, 24, is facing a charge of aggravated assault with a deadly weapon, according to investigators with the violent crimes unit.

“I want him to get caught and put away,” said Juan Aguilar, who spoke with ABC13 on Friday.

On Jan. 13, Aguilar was waiting in a vehicle with his three children outside the Walmart location on Louetta Road as his wife, Stephanie Harris, shopped inside.

Aguilar said someone hit their car, and when he tried to talk to them about it, it escalated. Aguilar was recording on his cell phone when a man, identified as Thomas, threatened him. According to investigators, Thomas had a gun and shot Aguilar when he tried to confront him about the minor accident.

The suspect and an unidentified female driver took off. Aguilar was shot in the stomach and was hospitalized for a week. No one else was hurt.

“I’m very blessed to be here talking to you right now, because I felt myself dying. I did,” said Aguilar.

According to online court records, Thomas is out on bond for four unrelated felony charges and two misdemeanors. The couple believes the female driver is just as culpable. They say all they were trying to do was settle what should have been a minor civil matter.

Thomas has not been arrested. Anyone with information is asked to contact the Harris County Sheriff’s Office.