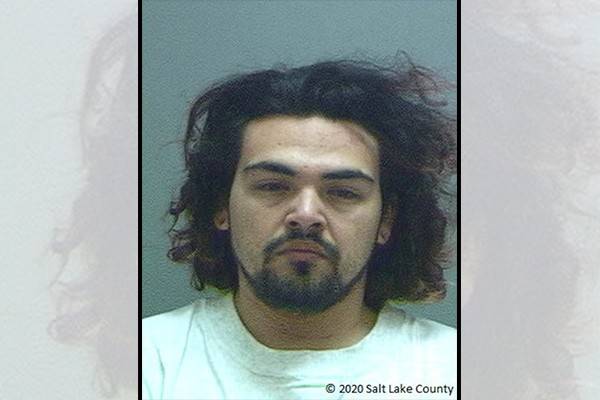 SANDY, UT – A man was recently arrested and charged with domestic violence and sexual abuse of a minor after the mother found the man in bed with her daughter.

The incident stemmed when the mother, apparently suspicious that something was occurring, walked into her daughter’s bedroom and removed the covers. There, the mother allegedly found Jordan Craig Gallegos hiding underneath the covers and touching her young daughter’s groin area.

Gallegos then allegedly became suicidal after the confrontation with the mother and grabbed a box cutter and began to slit his own throat. The mother was able to take the box cutter from him.

However, he was able to obtain another cutting instrument and started slicing his throat again.

The mother called 911 for help as she took her three children outside of the home while awaiting police response. Police responded to the residence and were unable to get him into custody without calling out a SWAT team.

The SWAT team was eventually able to go into the house and remove Gallegos from the residence and place him in custody.

Police advised that they interviewed the victim who alleged that Gallegos had touched her in a sexual manner.

They also interviewed Gallegos who allegedly did not deny that he had touched the young child sexually, but rather said that he was too intoxicated to remember what he had done.

According to police, Gallegos allegedly claimed to have consumed more than four alcoholic beverages. He also claimed that he wanted to die for what the girl’s mother alleged he had done to the victim.

Gallegos was charged with forcible sexual abuse, object rape of a child, and four separate counts of domestic violence. According to court documents, the domestic violence charges were the result of Gallegos’ alleged violent self-harm attempts in front of multiple children in the home.

Police also requested that Gallegos would not be allowed to bond out prior to his court date. They allege that he is a “substantial danger to an alleged victim of domestic violence if released on bail.”

There is no indication as to whether or not he remained in jail or had posted bond prior to this publication.

In another reported incident of sexual abuse of a child, police arrested a St. George man for three counts of sex abuse of a child after allegedly exposing himself to a young girl in a pool.

Police from the St. George Police Department report that they interviewed a young girl who said that the suspect, Bryce Alan Taylor, had allegedly exposed himself to her while in the pool.

He also tried to hug her while she was facing him and at another time touched her breasts from behind under the guise of tickling her.

The victim allegedly told police that she could feel Taylor’s erect penis when she gave him a side hug instead of a frontal hug because she was not comfortable with the touch. Taylor allegedly told the victim that the side hug was not a real one and moved her in order to face her.

The victim alleged that Taylor also had removed his swim shorts and had hung them outside of the pool, so he would have to exit naked in her view.

Police took Taylor into custody for three counts of sexual abuse of a child.