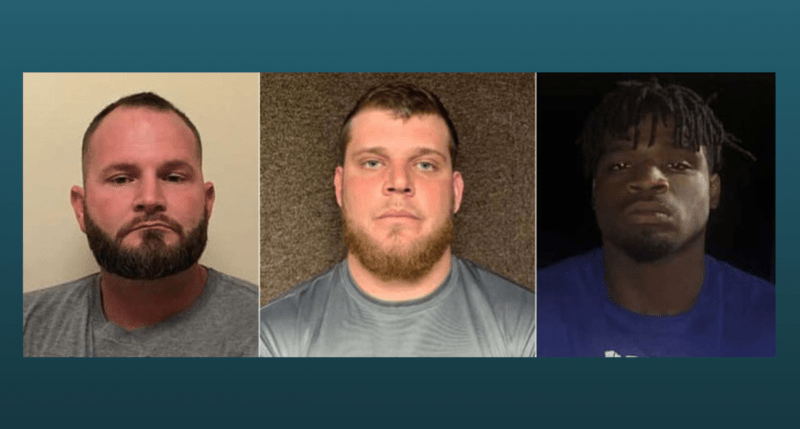 Two hitmen allegedly hired to kill a rape victim before she appeared in court instead killed the suspect’s sister and her neighbor instead.

Beaux Cormier, who has been charged with raping his niece, hired two men in a murder-for-hire scheme to take out his alleged victim, the Terrebonne Parish Sheriff’s Department said Monday.

Instead, two other women died protecting the victim.

Andrew Eskine, 25, and Dalvin Wilson, 22, failed on their first attempt at murdering the woman, who has not been publicly identified. On the second attempt, they showed up to a Montegut house on Jan. 13 and asked the two women inside if either of them were the woman they were looking for, according to police.

“Brittany Cormier tells the shooter she’s the rape victim, accepting her fate to save the life of an actual victim,” Terrebonne Parish Sheriff Tim Soignet said during a press conference Monday.

The men allegedly then fatally shot Cormier, Beaux’s 34-year-old sister, and her neighbor, 37-year-old Hope Nettleton, who happened to be at the house and had tried to fight off the hired killers.

Both women were declared dead at the scene from gunshot wounds.

It’s unclear if the rape victim was home at the time.

A family friend told the Acadiana Advocate that Cormier’s children were hiding during the confrontation.

“Maybe they hid in the closet because they were scared but I like to think she locked them in the closet to protect them,” Samantha LeMaire told the newspaper.

Beaux Cormier, Eskine and Wilson have each been charged with two counts of first-degree murder in the deaths of Brittany Cormier and Nettleton, police said.

Cormier, a convicted sex offender, was previously charged with raping a family member in March.

All three are being held on a $2 million bond.