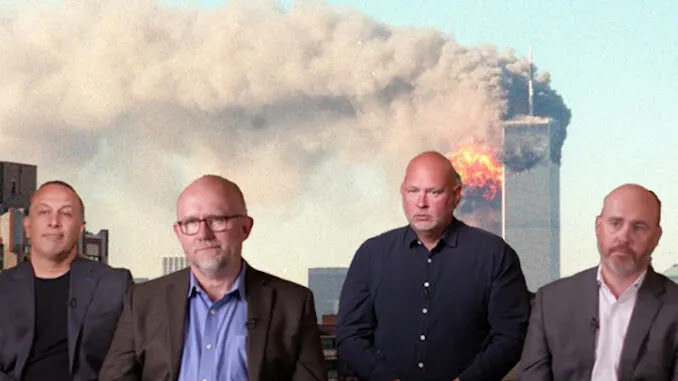 The pedophile-run Lincoln Project has warned that the January 6 Capitol protests are “likely to kill a lot more Americans than were killed on the 9/11 attacks.”

Speaking at the Lincoln Project’s virtual July 7 town hall discussing what the disgraced far-left PAC is doing to “defend democracy in 2022,” co-founder Steve Schmidt echoed the sentiments of his good friend, MSNBC political analyst Matthew Dowd, suggesting the January 6 Capitol protest will be worse in terms of casualties than 9/11.

“My friend Matthew Dowd, our friend, you know talked about this. He couldn’t be more right. The 1/6 attack for the future of the country was a profoundly more dangerous event than the 9/11 attacks,” Schmidt declared, claiming that the “1/6 attacks are likely to kill a lot more Americans than were killed on the 9/11 attacks, which will include the casualties of the wars that lasted 20 years following it.”

“We have had periods of political violence in this country, and I believe we’re on the edge of another one, tragically. And we have to fight back against it at the ballot box,” he added:

Breitbart.com reports: Schmidt’s remarks followed Tuesday comments from Dowd, who told MSNBC’s Joy Reid that the 1/6 Capitol protest was “worse than 9/11″ because it divided the country.

“Think about that, if we had done nothing after 9/11,” Dowd said. “To me, though there was less loss of life on January 6, January 6 was worse than 9/11 because it’s continued to rip our country apart and give permission for people to pursue autocratic means.”

“So I think we’re in a much worse place than we’ve been,” he continued. “And I think, as I’ve said to you before, we’re in the most perilous point in time since 1861 in the advent of the Civil War.”

Despite dramatically stepping down from the Lincoln Project after revealing he was molested as a child and claiming ignorance to cofounder John Weaver’s alleged sexual “misconduct,” Schmidt has taken on a more active role in the organization.