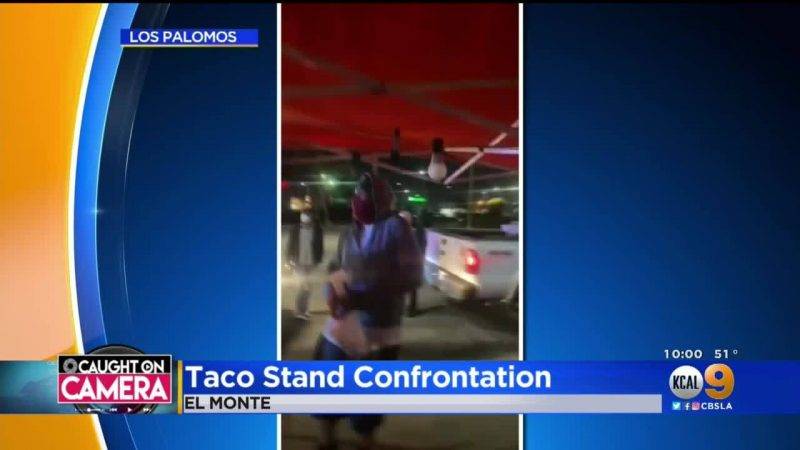 The incident was caught on camera. In the video, El Monte police officers speak to both owners of Los Palomos taco stand, husband and wife, Fermin Martinez and Sylvia Aguilar.

In the video, a scuffle breaks out between the owners and several officers. The husband and wife are quickly taken to the ground. One officer hits Martinez several times in the arm with a flashlight in the video as officers try to handcuff the couple.

“There are a lot of taco stands around and they don’t bother anyone else but us,” said Martinez. “That’s what I wanted to know, but then they started to hit me and they threw me on the floor and hit me many times in the head.”

His wife said Sunday she was upset about how the situation turned out.

“I’m sad, very sad because we are working,” she said. “We aren’t robbing anyone and we don’t ask anyone for help. We just want to work.”

According to officials from Los Angeles County, the owners became physically aggressive with inspectors first, who claimed the owners kicked one inspector and a police officer.

Both El Monte police and the L.A. County Health Department were originally there to investigate complaints about food being sold without a permit at the taco stand, which is against the state’s health and safety code.

The couple said they are working to buy a food truck and then gain eligibility for a permit.