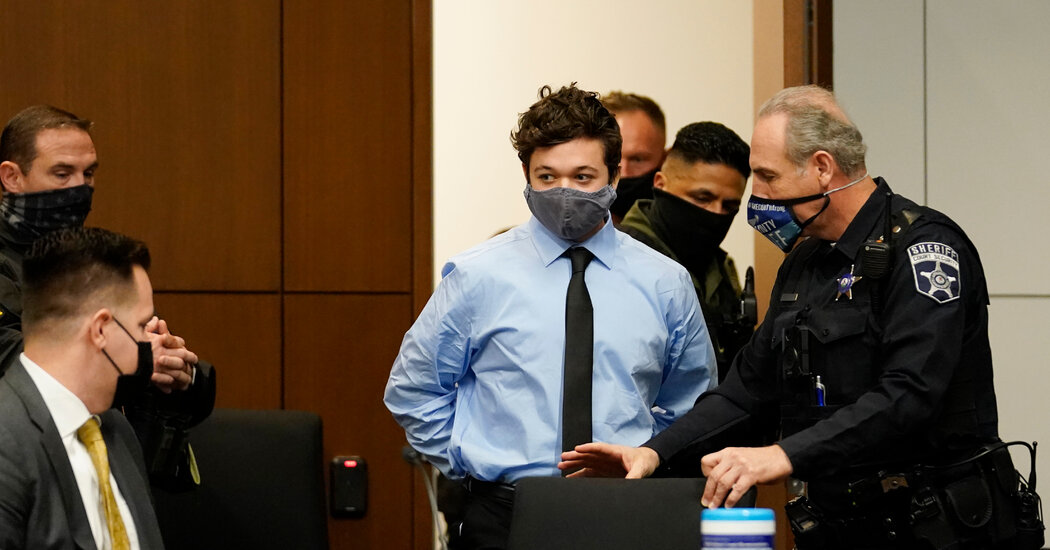 WAUKEGAN, Ill. — Kyle Rittenhouse, the Illinois teenager accused of killing two men during protests over a police shooting in Kenosha, Wis., will be tried in Wisconsin, a judge ruled on Friday.

Lawyers for Mr. Rittenhouse, 17, had been fighting extradition from his home state ever since he was charged with six criminal counts, including first-degree intentional homicide, for the shootings on Aug. 25 that left two protesters dead and a third injured.

The shootings occurred as fighting broke out between demonstrators, who were protesting a white officer’s shooting of Jacob Blake, a Black Kenosha resident, and armed civilians who said they were protecting businesses and private property after two nights of fires, looting and destruction.

Mr. Rittenhouse, who has said he acted in self-defense, was transferred to a Kenosha County jail on Friday afternoon, according to local media reports.

John Pierce, a lawyer for Mr. Rittenhouse, told Judge Paul B. Novak that the extradition documents were deficient because they were not signed in Wisconsin by a magistrate judge but were instead signed by deputy district attorneys in Kenosha.

“This is just wrong beyond a reasonable doubt,” Mr. Pierce said during a hearing at the 19th Judicial Circuit Court in Waukegan, Ill.

In his six-page ruling, Judge Novak said the defense “offered no evidence” and added that supporting papers by Gov. J.B. Pritzker of Illinois and Gov. Tony Evers of Wisconsin “satisfy the facts necessary to the validity” of the extradition.

Mr. Pierce had also argued that Mr. Rittenhouse’s case was tainted by political forces on both the left and the right. In the weeks following his arrest, Mr. Rittenhouse has become a minor hero within the most conservative elements of the Republican Party.

“I do believe from the bottom of my heart this is a political prosecution directed by high-ranking politicians in both states,” Mr. Pierce said. “There is fraud here.”

In an interview, Mr. Pierce said he would file an appeal on Monday. “This Illinois child must go free,” he said.

Outside the courthouse, a small group of Black Lives Matter activists protested. Clyde McLemore, founder of the organization’s local chapter, said he remembered Mr. Rittenhouse from the day of the shootings.

“He could have shot me,” he said. “He needs to be taken to Wisconsin. The crime was there.”