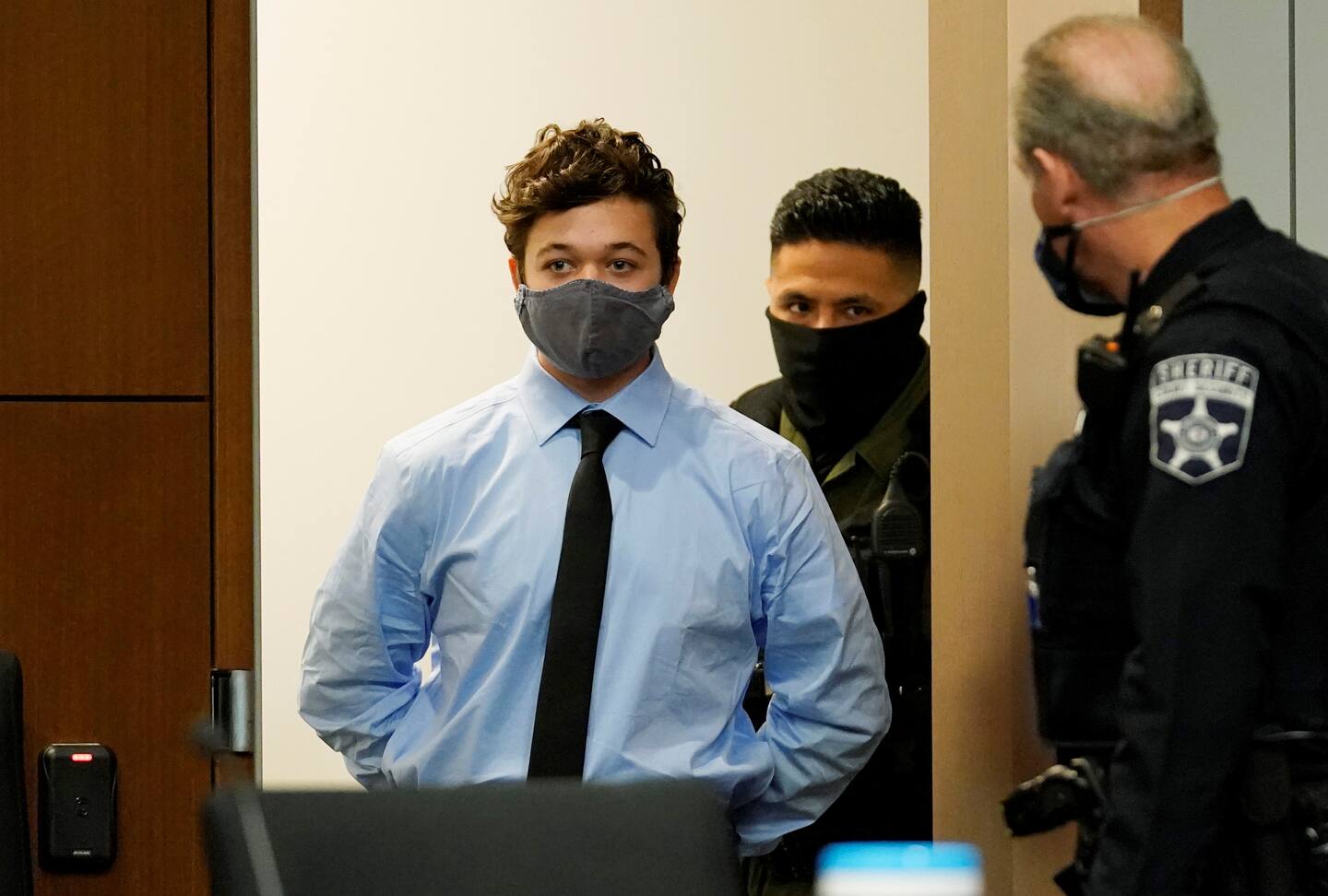 Rittenhouse has been held in a juvenile facility near his home in Antioch, Ill., where he turned himself in to local police just after the shooting. On Friday, a county circuit court judge ordered him returned to Wisconsin to face multiple homicide and weapons charges.

The newly released police records contain details of Rittenhouse’s surrender as well as of statements he gave to police. He grew emotional in the lobby of the police station, saying he had “ended a man’s life,” according to the records.

“I shot two White kids,” the records quote him as saying in the lobby.

Rittenhouse and the friend who bought him the gun, identified in the records as Dominick Black, 18, each told police they had been hired by a local business owner to provide security that night. Kenosha had seen several nights of protests in the wake of a police shooting of a Black man.

The records were released after the Milwaukee Sun-Sentinel filed a lawsuit seeking them. The Washington Post obtained them through a public records request.

Black sometimes stays with his stepfather in Kenosha, the records say. During a camping trip to Ladysmith in northern Wisconsin in April, Kyle gave Dominick money for the gun at a local hardware store, they say.

The records say that Black, who drove Rittenhouse home after the shootings, with the gun in the trunk of his car, told Antioch police that Rittenhouse kept the gun at Black’s stepfather’s house in Kenosha.

Black told police he regretted that he did not stop Kyle from taking it out on Aug. 25.

“Black stated after the shooting he spoke with Kyle and told Kyle that he [Black] believed he [Black] was going to be in more trouble than Kyle,” he told police early on Aug. 26. “He told Kyle that he [Kyle] was defending himself and said he told Kyle, ‘In all reality, you are not supposed to have that gun. That gun was in my name.’ ”

Rittenhouse’s lawyer, John Pierce, has said the teenager was acting in self-defense. In a statement Friday, Pierce said: “We will never surrender. Kyle will be set free and cleared of all charges.”

Rittenhouse is accused of killing Joseph Rosenbaum, 36, and Anthony Huber, 26. He is accused of wounding Gaige Grosskreutz, 26, who lost a portion of his biceps.

Video footage from that night shows Rosenbaum chasing Rittenhouse down the street, though it is still unclear what sparked the confrontation. Rosenbaum threw a plastic bag at as he charged at Rittenhouse. No video has surfaced of the actual shooting, moments later.

Defense attorneys hoped an Illinois judge would block Rittenhouse from ever being extradited to Wisconsin. They argued that sending Rittenhouse across state lines would violate his constitutional rights.

Lake County prosecutors said allowing Rittenhouse to remain in Illinois would be improper. “You can imagine the chaos if someone can commit a crime and step over the [state border] and get sanctuary,” Assistant State’s Attorney Stephen Scheller said, according to the Associated Press.

Circuit Court Judge Paul Novak sided with the state and rejected the defense’s argument that statutory and procedural issues with the extradition paperwork were grounds to block Rittenhouse from being tried in Wisconsin. Novak wrote that the defense did not provide proof to support its arguments.

The judge’s ruling came hours after a 45-minute hearing Friday morning where Rittenhouse appeared in court in person. Court filings indicated the defense was prepared to call several witnesses, including Rittenhouse’s mother, but neither they nor the prosecution ultimately called anyone to the stand.

Demonstrators gathered outside the Lake County Courthouse on Friday morning, holding signs with the names of Rosenbaum, Huber and Grosskreutz on them. Others held Black Lives Matter signs.

Some conservatives have rallied behind Rittenhouse, claiming to have raised hundreds of thousands of dollars for his legal defense. President Trump, who has blamed left-wing extremists for violence in Kenosha and elsewhere, spoke about Rittenhouse at a White House briefing last month.

Joyce Sohyun Lee and Elyse Samuels contributed to this report.