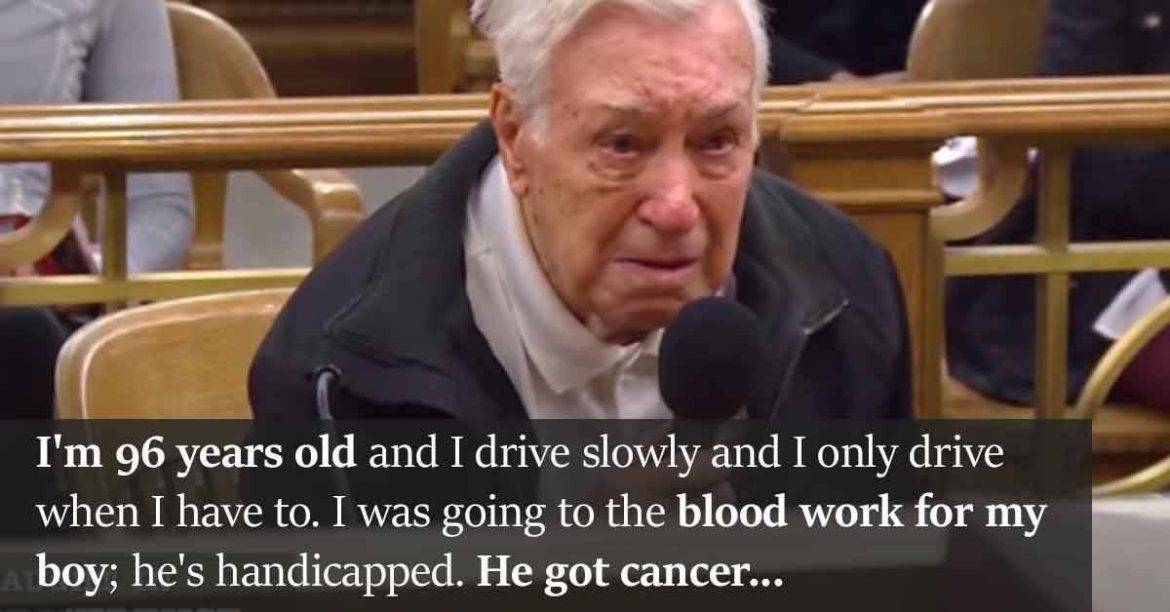 96-year-old Victor Colella was given a speeding ticket and was charged with a ‘school zone violation’.

Colella’s case was documented on ABC’s Caught in Providence.

The 96-year-old man was charged with a school zone violation after exceeding the speed limit in a school zone. When in court, the elderly man explained that he rarely drives and when he does, he ensures that he does so slowly: ‘I don’t drive that fast Judge. I am 96 years old and I drive slowly and I only drive when I have to’. In addition to this, he further revealed that his 63-year-old son is handicapped, has cancer, and needs to be taken to the hospital to get blood work done. Colella claimed that on the day he was caught speeding, ‘I was going to the blood work for my boy’.

Judge Frank Caprio is known for his compassionate verdicts.

After hearing Colella’s story, Judge Frank Caprio seemed to be moved as he looked at the elderly man and said, ‘You are a good man. You really are what America is all about. Here you are, in your nineties, and you are still taking care of your family. That’s just a wonderful thing for you’. The judge then proceeded to joke about how the elderly man is setting a bad example as he said that now, his own son would expect him to drive him around when he becomes 90. Following this, Judge Frank Caprio wished the man and his son the best and announced that his case had been dismissed.