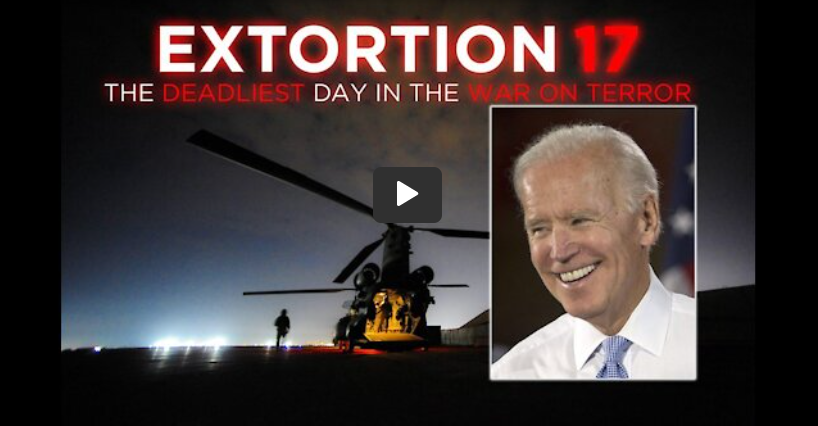 On 6 August 2011, a U.S. CH-47D Chinook military helicopter operating with the call sign Extortion 17 was shot down while transporting an Immediate Reaction Force attempting to reinforce a Joint Special Operations Command unit of the 75th Ranger Regiment in the Tangi Valley in Maidan Wardak province, southwest of Kabul, Afghanistan. Before there was Benghazi, there was Extortion 17, which was the Chinook helicopter that was shot down by the Taliban. All 38 people aboard, including 17 Navy SEALs and seven Afghan National Army commandos, were killed. Then Vice President Joe Biden and Defense Secretary Leon Panetta both opened their mouths and painted a target on the back of SEAL Team Six, which led to their deaths just months later. It’s time we served up justice to Traitor Joe.

Join us on Telegram: https://t.me/sonsoflibertymedia

Support us through a donation: https://thesonsofliberty.squarespace.com/donate

Partner with us as a Son or Daughter of Liberty: https://thesonsofliberty.squarespace.com/membership/