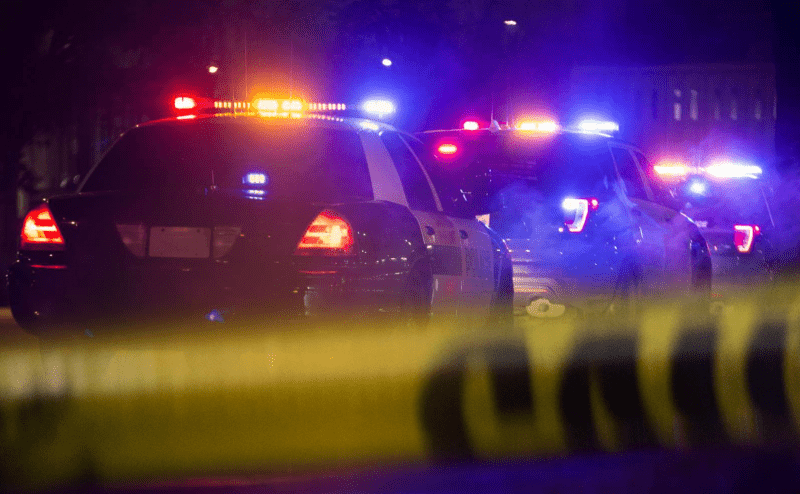 A mass shooting in Indianapolis has left six people dead, including a pregnant woman, her unborn child and a 13-year-old girl.

Police were first called to reports of a person shot at the 3300 block of East 36th Street, near North Sherman Drive just after 4 a.m. on Sunday morning, Sergeant Shane Foley said in a news conference on Sunday.

The officers found a juvenile male with apparent gunshot wounds, who was transported to an area hospital, he said.

Officers later received information that led them to a residence at the 3500 block of Adams Street in the same area where they found five people with apparent gunshot wounds who were all deceased.

One of the victims was pregnant and transported to hospital where medics battled to save the unborn child but the baby did not survive. Foley said that the juvenile male who was shot is expected to survive his injuries.

He said: “From what we know so far, at the very early stages of this investigation, this does not appear to be a random act.”

Police Chief Randall Taylor reiterated this and called the crime “a different kind of evil” from the drug-related offences, domestic violence or crime driven by poverty and desperation more often seen in the community.

He said: “What we saw this morning based on the evidence that has been gathered so far was mass murder. More than that we believe it was not random. There are no right words to say that this time our community must come to terms with the largest mass casualty shooting in more than a decade.”

According to several media outlets, the Marion County Coroner released the identity of the victims as Kiara Hawkins, 19, and her unborn baby boy, Kezzie Childs, 42, Raymond Childs Jr., 42, Elijah Childs, 18 and Rita Childs, 13.

Indianapolis Mayor Joe Hogsett also addressed the press conference, describing the incident as “an act of evil in our city.”

“The choice of an individual or individuals to bring—and I do not use these words lightly—terror to our community.”

Hogsett said he had already contacted the U.S. Attorney for Southern Indiana, the Indianapolis office of the FBI and other federal agencies.

“We will also determine whether the guns involved in this incident were illegally possessed. If they were, we will identify any individual responsible for illegally providing the gun to those who committed these acts. We will also identify and bring to justice anyone who has or does aid or abet those responsible.”

The mayor also urged witnesses or anyone with information to come forward, saying: “Be the person who says this type of violence, this senseless terror has no place in our community. Today, Indianapolis has lost much, including an unborn life. Justice will be done.”

Homicide detectives are working to determine what happened and cordoned off a block in each direction to search the area for evidence, according to WHTR.

Neighbors in the area told the media outlet that they were left shocked and speechless. Vicki Pinkston, who recently dropped off a few baby items for the expecting mother, said: “To take a whole family out like that… I just don’t understand.”

“I had just given them some stuff from my great-grandson when he was born, but he is bigger now. The baby was due next month,” she said. “When I saw them take all the people out of there, I could not believe it. I just hope that they find who did this,” she said.

It came as one of several shootings over the weekend in the city, according to WHTR. Since Saturday night, a total of 15 people were reportedly shot in Indianapolis, including the six that were killed in this incident.

Newsweek has contacted the Marion County Coroner for confirmation on the victims’ identities.