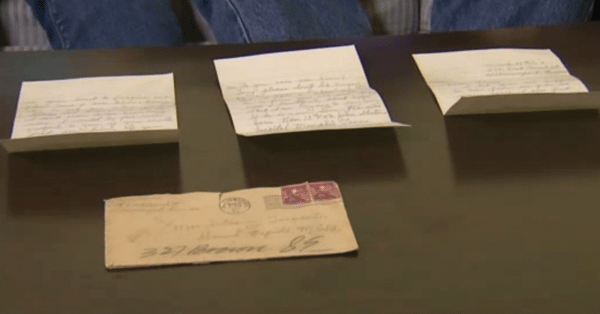 Marriage is a bond like no other. It’s significance runs much deeper than two people saying I do. It is a symbol of undisputed faithfulness, permanent love, and loyalty that spans an entire lifetime. Marriages are hard work and effort. And when they end, the pain can last a long long time. Goodbyes can be hard, especially if they are permanent. The death of a loved one can be one of the most crippling feelings that one can go through. Losing someone you’ve spent memories of a lifetime with can leave you feeling lonely and incomplete. It can emotionally drain you and make you weak.

In one of such cases, 80 year old Tony Tripani lost his wife that he’d been married to for 50 years. The kind of pain that left him devastated. Having spent more than half his life with the woman of his dreams, Tony found himself in a pool of isolation and sadness. For him,a sense and meaning of life went away with her. He felt his heart paralyzed by the emptiness of his house. However, Tony discovered a letter in his house which changed everything for him. So what was in the mystery letter? Let us find out. Tony, who could no longer bear the sight of wife’s belongings without breaking a little inside, began clearing her things out. In the process he found a letter. A letter that had been addressed to him by another woman that dated almost 56 years back. The letter was from a woman he had dated in his 20’s named Shirley. The content of the letter took Tony by surprise and turned his whole life around. Shirley had written to him citing how much she missed him and about the son she had, claiming that Tony was the biological father.

Tony couldn’t believe that he was unaware of the existence of his son for 61 years. He  wondered why his wife hid away the letter and the truth from him. He thought it could possibly be because they couldn’t have children of their own as his wife couldn’t conceive even though they had tried over and over. “I have a little boy. He is five years old now. What I’m trying to say Tony is he is your son. He was born November 13th, 1953.”- read the letter. In an interview with Fox17, Tripani said “Why my wife didn’t tell me, I don’t know. She wanted children. She couldn’t have any. She tried and tried. He’s my son that I’ve had my whole life, but why my wife hid that letter is beyond me.” However, with this revelation, the 81 year old’s life had a new meaning, to unite with his long lost son. Modern technology, that we often curse came of use and Tripani’s added efforts helped him find his son. After a period of search he found his son via Facebook and the meet was a very emotional one to say the least. Reports say that his son had believed that his father wanted to have nothing to do with him and was pleasantly surprised when he finally got to meet him.

The son Samuel Childress responded to the situation too. He said, “Just to know him now is so important to me. It’s going to fill that void,” However such events lead us to think about how much we must trust another person that we are wedded to. Although the Tripani couple was happy and together, their relationship for most part was based on lies. According to a recent New York Times column, good lovers do lie—and they lie quite a bit. Basing this conclusion on his personal experience, along with the wisdom of a few philosophers, University of Missouri-Kansas City philosophy professor Clancy Martin wrote, “Relationships last only if we don’t always say exactly what we’re thinking.” This assertion that it’s OK to lie fits with the observation by Bella DePaulo, a leading researcher on deception. She and co-author Deborah Kashy (1998) argued some years ago that “white lies” can be seen as “compassionate offerings” that serve to maintain a relationship. Psychology Today Research shows that on average in an ordinary conversation, people lie two to three times every 10 minutes. (It makes you want to be completely silent for a day or two just to throw off the statistics — but what about lies by omission?) And we lie particularly often when it comes to love, because we care more about love than we care about most things, and because love causes us more fear than most things do, and caring and fearing are two of the most common reasons for lying. However is it fair for his wife to be selfish and keep an event so significant hidden from her husband, and keeping him away from his son for most of his life? 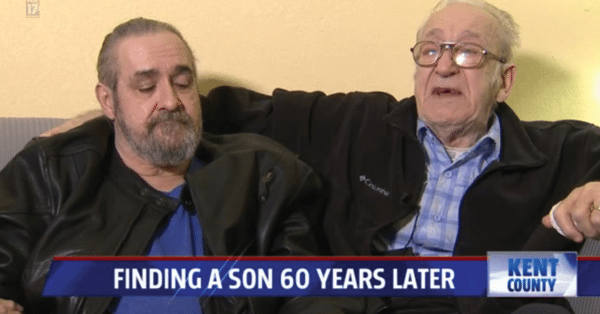 Turns out, the paternity tests proved that Tripani was not his biological father and the mother was wrong.   “I always asked my mom, I said, ‘Well what does he look like?”’ says Childress.  “She said, ‘Well, go look in the mirror.”’ When asked for a comment, Childress’ wife responded- “It’s been rough on him,” she said of her husband finding out the results. ‘He’s been up and down all night.” However, they grew seem to have grown fond of each other with them deciding to keep the bond. Commenting on the weird situation that arose out of the misunderstanding, his wife commented “They’re keeping that bond,” said Donna Childress. “That paper doesn’t mean anything to him. That bond has been made – and we’re going to move on from here.” Surely, life can seem pointless at times but then it can take us completely by surprise. 81 year old Tripani who had believed it was all over for him found a new meaning to life. Share this story and encourage others to pray for this family!