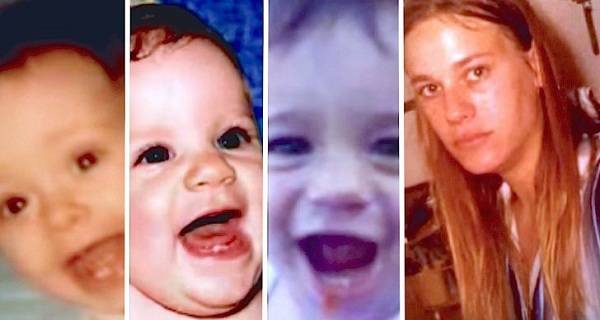 It was early morning in 1981, when a young woman in Lawndale, California, called police to report discovering a baby in a paper grocery bag next to a dumpster in a nearby alley.

They responded to find a newborn, just hours old, wrapped in a towel with her umbilical cord still attached. She was left with no note or ID to tell where she came from, and no one ever claimed her.

The baby, Janet Barnicoat, was eventually adopted and grew up about 100 miles from that alley.

Barnicoat said she always knew she was adopted but didn’t learn the story about her past until around the time she entered junior high school.

“I got really mad and angry [at my birth mother], and I held onto that for quite a long time,” Barnicoat told ABC News’ “20/20.” “How do you leave your child in a paper bag in an alleyway? It felt like, you know, she tossed me away. You put me next to a dumpster. It was tearing me up inside.”

“There were questions of, ‘Do I have siblings? Who are my parents? Why was I adopted? Why didn’t they want me?’” Barnicoat added.

As she got older, Barnicoat joined the navy, became a partner in her father’s barbershop, and later had a family of her own. But as a mother to her five children, Barnicoat said she found it incomprehensible that someone could leave their child, only hours old, in an alley.

“Once having my own children, you know, you figure out what that natural, true love is. And I just couldn’t understand how she didn’t have that for me,” Barnicoat said.

As an abandoned baby, or foundling, Barnicoat has no birth certificate and no idea who her birth parents were. So Barnicoat went searching for the woman who had called the police to report finding her by the dumpster, hoping she would have any clues about her past. She posted about her search for the Good Samaritan on Facebook and finally met her in 2013.

“She was an amazing lady … she, you know, told me that I was naked and umbilical cord was still attached. I wasn’t crying, more of like a whimper. And she just grabbed me and took me home and wrapped me in a blanket and called 911,” Barnicoat said.

They became Facebook friends and agreed to stay in touch, but the woman offered no clues about Barnicoat’s abandonment.

“I was checking my email, and it said that I had a possible DNA match,” Barnicoat recalled. “It said, ‘You have a DNA match, close family.’”

The match was with Dean Hundorf, who is Barnicoat’s half-brother. Mundorf flew from his home in Lacrosse, Wisconsin, to meet Barnicoat for the first time at a terminal at Los Angeles International Airport in November 2014.

“It was a brother hug, and going [30 years] without having any siblings, it was nice to have that connection and that bond,” Barnicoat said. “For me, it was pretty much like we had not been together, you know?”

But it turned out that Hundorf had also been abandoned as a newborn baby just days before Christmas in 1986.

“I said, ‘I was abandoned at birth, and I don’t have any information about any of my family.’ And then that’s when she said, well, you know, the same thing had happened to her,” Mundorf said. “I’d imagine she did the same thing I did, was like, ‘Whoa. What’s going on?’”

Mundorf still had the umbilical cord attached when a man named Danny Huerta found him on his doorstep left in a paper bag. Huerta’s house is just over a mile from the alley with the dumpster.

Like Barnicoat, Hundorf was adopted by a loving family, and he now works at a furniture company.

“I always, you know, was wondering, where I came from, who my parents were. I maybe tried to push it aside just to forget about it. But you know, it was always there,” Mundorf said.

“I think I got angrier at the situation when I found out about Dean,” Barnicoat said.

CeCe Moore, a genetic genealogist whose specialty is abandoned babies, decided to help Barnicoat and Hundorf with their search for their mother.

In addition to Ancestry.com, Moore crosschecked their DNA samples with the databases of 23andMe.com and FamilyTreeDNA.com and found another half-sibling who shared a mother with Barnicoat and Hundorf.

“When you get a key like that, I mean that is just a godsend to have someone that close sharing that much DNA, and I thought, ‘Fantastic, this is going to lead to one of their birth parents,’” Moore told “20/20.”

However, the half-sibling didn’t use their real name on the website so Moore tried to track them down using the sibling’s unique username “Welfare Brand Cereal.”

Julie Hutchison, now 31, was also abandoned as a baby. According to newspaper reports, a delivery man discovered Julie wearing a blue jumpsuit at a market in California in January 1985. She was adopted and now works as an artist in Baltimore.

Like Barnicoat and Hundorf, Hutchison was found just hours old, umbilical cord still attached and wrapped in a towel. She also had the same questions about her past as her half-brother and half-sister did.

“I just want to know, you know, like how was their life growing up adopted? Did they have the same thoughts, you know, as I did growing up, like, ‘Who was my mom? Who was my dad?’” Hutchison told “20/20.”

Although they had different fathers, Barnicoat, Hundorf, and Hutchison all had the same mother who abandoned them just hours after they were born at separate times over the years.

“20/20” arranged for Hutchison to meet her half-siblings for the first time, and the connection between the three of them was immediate.

“These three people were so much alike. They had the same sense of humor. They were cracking each other up,” Moore said of the meeting. “There is something about biological and genetic bonds that survives any sort of separation.”