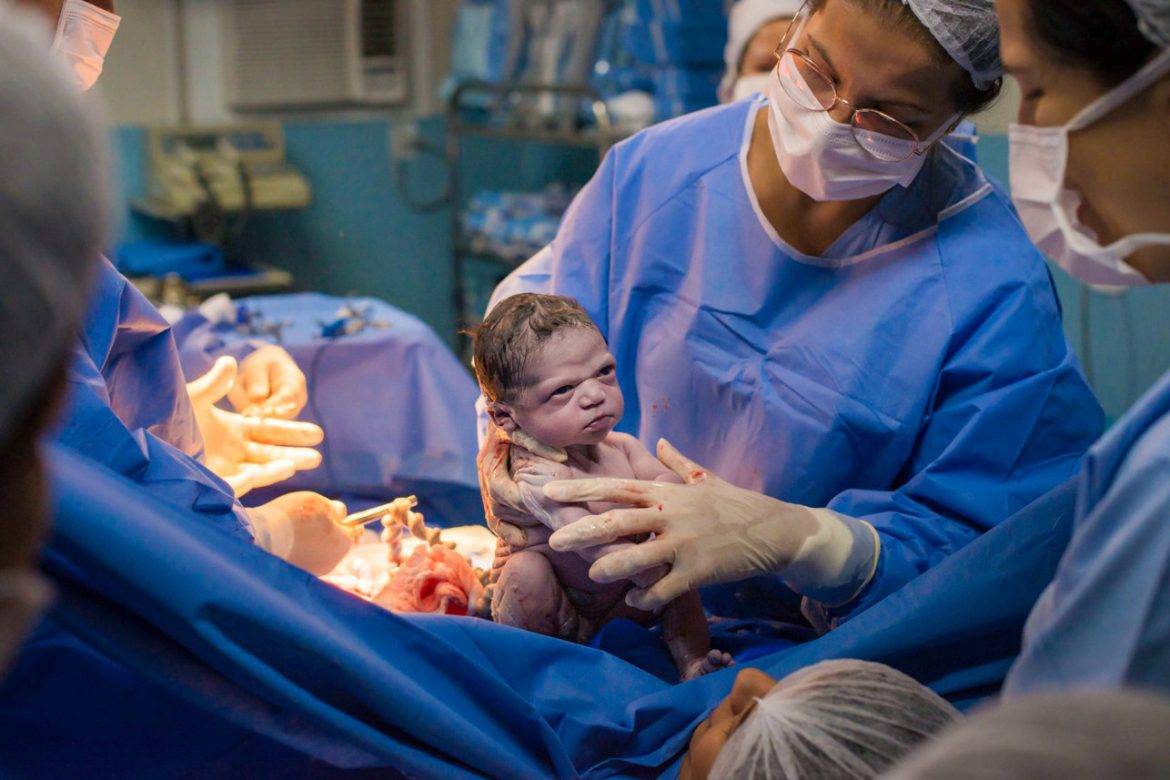 A Brazilian baby is becoming an Internet sensation at an unusually young age — thanks to one skillful photographer.

Isabela Pereira de Jesus was born in Rio de Janeiro on Feb. 13, and her first moments have already been immortalized.

That’s thanks to professional photographer Rodrigo Kunstmann, who captured Isabela’s appearance seconds after she was delivered. Kuntsmann posted the image to Facebook a few days later, where it’s gone viral for a very obvious reason.

The image, which has since been shared by news outlets from Australia to the U.K., shows Isabela looking very unhappy about everything that’s going on. It’s a facial expression that seemed like a tailor-made joke.

“Today is my birth and I don’t even have clothes for this,” Kuntsmann joked in the caption of his Facebook post.

According to the Brazilian outlet Crescer, Kuntsmann had a feeling the photo might go viral.

“When I posted it, I thought it would have the potential to become a meme, but it’s always a matter of luck,” he said.

Meanwhile, Isabela’s mother, Daiane Pereira da Rocha, said she had a “peaceful pregnancy,” which just so happened to end in a satisfying reaction from her daughter. The new mother told Brazilian outlet G1 that she feels the image actually describes Isabela’s personality pretty well.

My baby was born courageous,” she said. “She always wrinkles her forehead when changing diapers and nursing. Isabela was supposed to be born on [a week later], but she chose her day already, [which shows] her personality.”

And it’s probably a good thing Isabela’s parents support the photo, but it’s seemingly not going away any time soon. Both Kuntsmann and da Rocha said the stunning photo was meme-worthy, and social media has certainly obliged them.