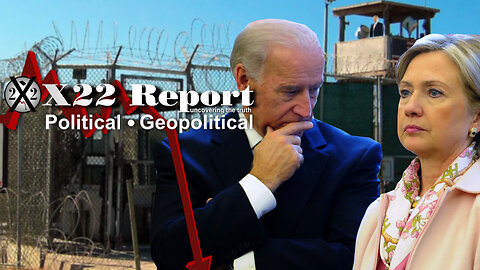 The [DS] is covering up all their crimes and they now see [JB] as a liability, they will need to remove him before the 2024 election. [HRC] is panicking over the Twitter file drop showing that Russian Collusion was a gigantic hoax. Now the people see that [HRC] was behind the Alpha Bank Hoax and soon people are going to see she was involved in the Russia hoax.  The patriots have trapped the [DS] players in their own narrative. Obama could easily clear all of this up and say that he gave the docs to Biden but that would show the President has the ability to declassify and the raid on MAL was political. So Obama will most likely take Biden out to cover up the much more treasonous crimes.