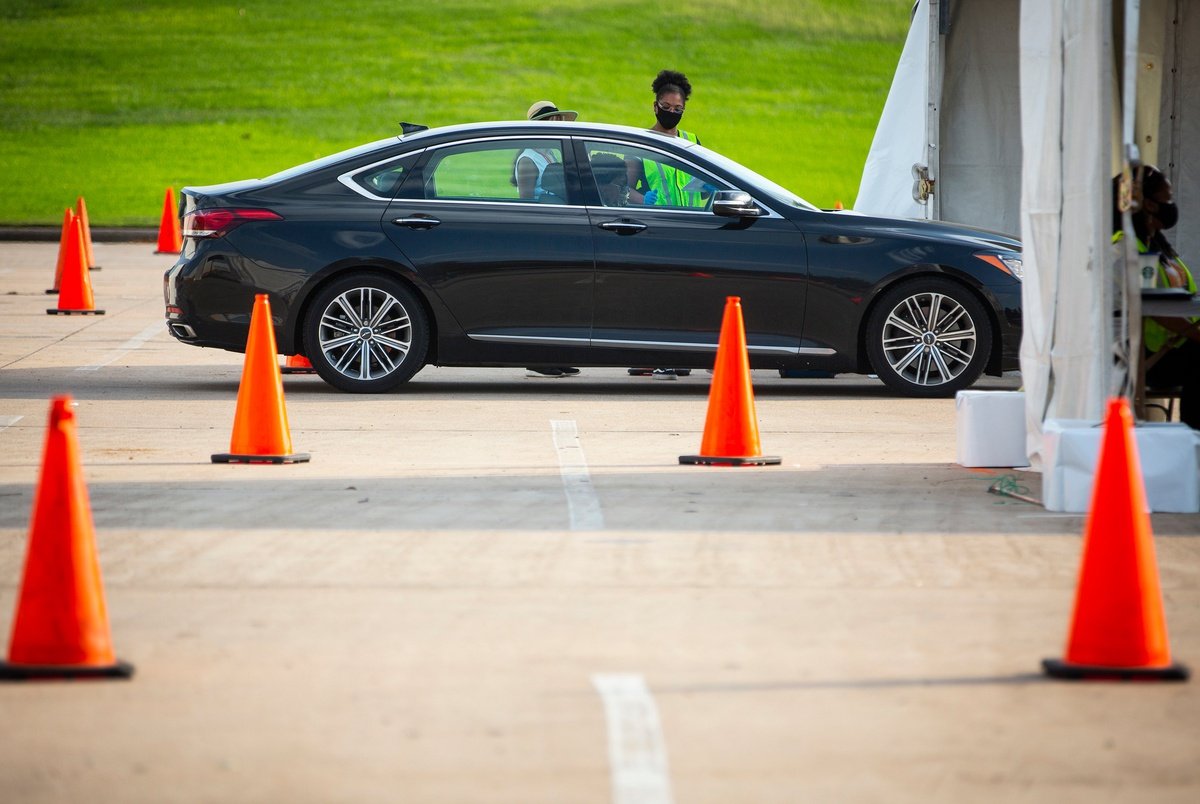 Sign up for The Brief, our daily newsletter that keeps readers up to speed on the most essential Texas news.

HOUSTON — Only the Toyota Center will be available for drive-thru voting in Harris County on Election Day, County Clerk Chris Hollins said late Monday, eliminating nine other drive-thru options for voters to cast their ballots just hours before the polls open.

Nearly 127,000 Harris County voters cast drive-thru ballots during the early voting period at 10 polling sites across the county, a safer option for some voters during the coronavirus pandemic.

Hollins said he would close most of the drive-thru options on Election Day because of continued legal challenges from a conservative activist and three Republican candidates for office. A federal judge earlier Monday denied that group’s attempt to have the drive-thru ballots cast during early voting tossed out, but continued to file appellate challenges over drive-thru voting late Monday.

The two sides in the case quibbled with U.S. District Judge Andrew Hanen in the courtroom earlier on Monday over the definition of a building, an important distinction in the state law, which says “each polling place shall be located inside a building.” The Republican plaintiffs argued that Hollins “boasted” about the county providing more than 700 in-person polling sites on Election Day, a sufficient amount of choices for voters, the plaintiffs said, and no need for drive-thru options.

Hollins, after saying Monday afternoon that the 10 sites would remain open on Election Day, reversed course.

“This evening, Judge Hanen issued his order upholding drive-thru voting during the Early Voting period. He also stated his view that the tents that house most of the drive-thru voting centers would not qualify as ‘buildings,’ which are required for Election Day polling places,” Hollins wrote on Twitter. “My job is to protect the right to vote for all Harris County voters, and that includes those who are going to vote on Election Day. I cannot in good faith encourage voters to cast their votes in tents if that puts their votes at risk.”

Correction, Nov. 02, 2020: A previous version of this story misidentified the Harris County clerk. He is Chris Hollins, not Chris Collins.