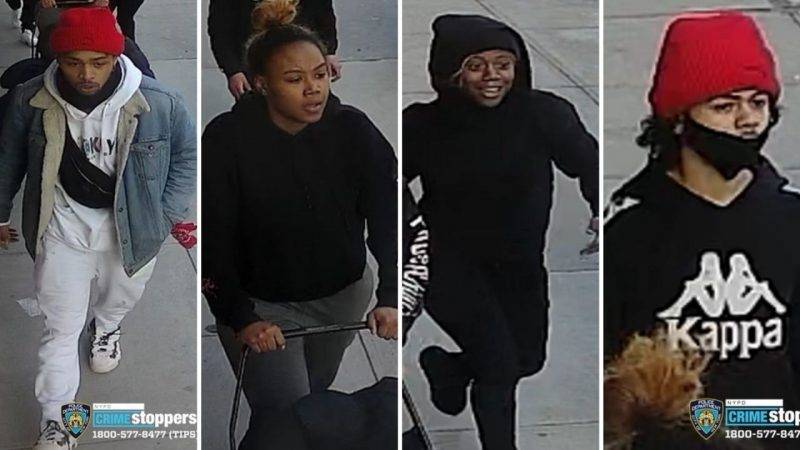 LONGWOOD, the Bronx — Four individuals are being sought by police Monday after things turned violent when they were caught stealing from a Bronx supermarket Sunday afternoon, according to the NYPD.

Police said the group was stealing items from the Fine Fare Supermarket on Westchester Avenue, in the Longwood area, when they were confronted by several store employees just after 2 p.m.

A verbal dispute broke out and quickly turned physical when several workers were punched by some of the suspected thieves, authorities said.

One of the four wanted individuals even pulled out a box cutter and slashed an employee across the palm of their right hand, police said.

The victim sustained lacerations and was taken to a nearby hospital for treatment.

Officials said the group fled the store and were last seen heading southbound on Kelley Street.

The NYPD released the above surveillance images of the four individuals in hopes the public could help identify them.