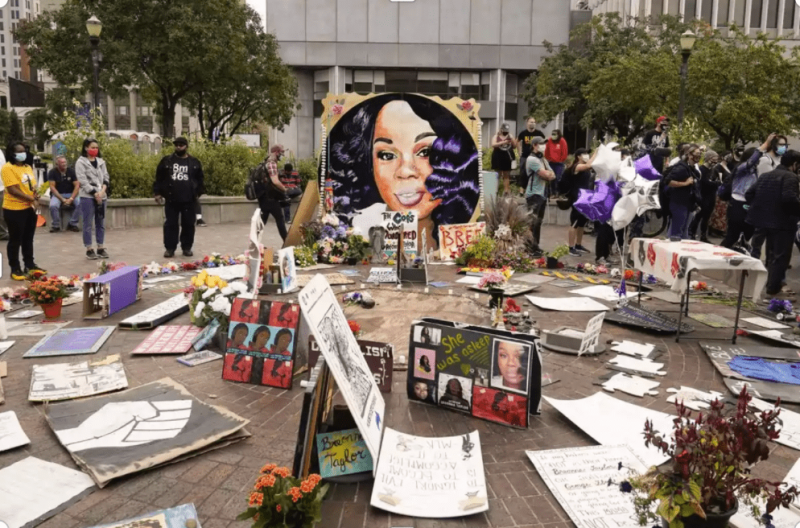 The Breonna Taylor case is still in development as more police officers are believed to face criminal charges for their roles in March’s deadly rail, as said by two grand jurors on Wednesday. The two jurors did not have enough clarity on what charges they should be facing and who exactly should be criminally charged.

Moreover, this situation is known to have arisen mainly because Kentucky’s homicide laws were never explained by Attorney General Daniel Cameron during grand jury proceedings. In addition to that, Louisville Metro police officer Brett Hankison was charged with wanton engagement, not for killing Taylor, 26, but for shooting into Taylor’s neighbor’s home and thus was fired. On the other hand, Detective Myles Cosgrove and Sergeant Jonathan Mattingly did not face any disciplinary action and were not charges either.

Mattingly, Hankison, and Cosgrove had reportedly shot and killed Tayler while they were executing a search warrant in her home on March 13. They then further investigated Taylor’s former boyfriend, Jamarcus Glover, who was just 10 miles away from her apartment on her shooting night.

The officers then returned gunfire on Taylor’s boyfriend, Kenneth Walker who was first charged with first-degree assault and the attempted murder of a police officer, however, due to lack of evidence, the prosecutors had to drop the charges. In fact, the two jurors also declared that they believe Walker is quite credible whereas the police are not.