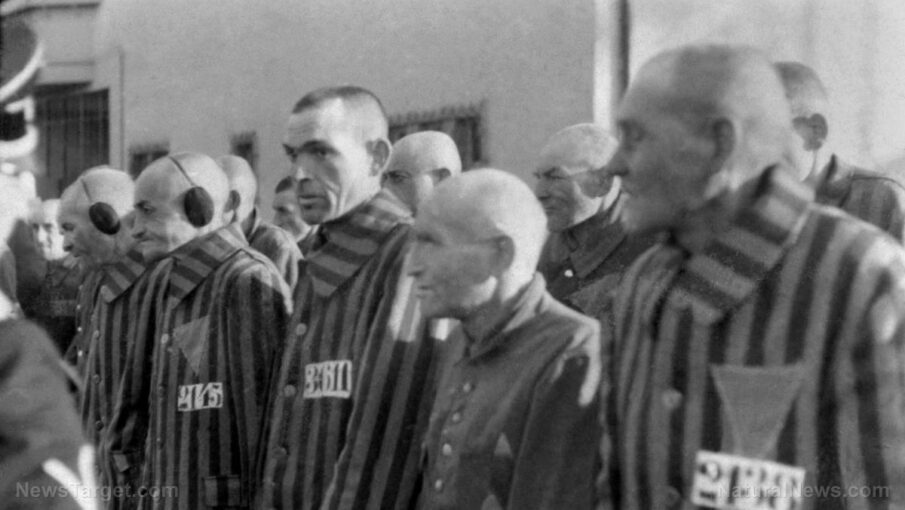 A Wuhan coronavirus (Covid-19) “isolation and quarantine” facility has been set up by Gov. Jay Inslee of Washington state. And Inslee is now looking to hire people for the “strike team” that will run it. NOTE: A few hours before this article was published, the listing was stealth edited to remove the term “strike team,” and the original URL which contained “strike team” was auto-forwarded to a new URL. This is all an obvious attempt by Washington government employees to deceive the public and obfuscate the true nature of the positions being advertised for hire. We had already captured the original files, however, and we reveal screen shots below that show you this listing before it was stealth edited.

According to shocking new reports, Inslee’s “strike team” will function similarly to the SS from World War II. Hired hands will provide “services, security and management to the facility,” we are being told. Those who “voluntarily” check in to the facility will not be allowed to leave without first notifying the strike team.

A hiring page at the Washington “government jobs” website explains that “isolation & quarantine strike team consultants” will be paid $3,294-$4,286 monthly for their services. (See screen shots below, revealing what the page said before it was stealth edited.)

“The Isolation and Quarantine (I & Q) Section works to decompress hospitals by supporting local and state Isolation and Quarantine, Alternate Care Facility (ACF), and patient transport (EMS) by partnering with local governments (Tribes, Counties, Cities) and communities, state agencies, and other entities in the event of an emergency,” the job announcement explains.

“These positions are responsible for participating in program planning and evaluation of health service delivery products and identifying needs for personnel, supplies, and activities to support community and state response activities.”

The listing goes on to explain that the strike teams will “provide for the needs of travelers” that stay at the facility, which is located in Centralia. The strike teams will also be tasked with “responding to emergencies, training contractors and new staff, and providing guest support as needed.”

Medical fascism is on the rise, thanks to the Branch Covidians

We have been warning about this kind of thing emerging in our country for many months now, only to be called “conspiracy theorists” for even making the suggestion.

Now, it is suddenly a conspiracy fact that at least in the far-left state of Washington, the government there is establishing Chinese Virus holding facilities that supposedly will house people who choose to go there until they receive a “negative” test result for Chinese Germs.

How long will it be until checking into one of these facilities becomes a requirement, much like it already is in Canada, Australia and elsewhere? If we start that slide down the slippery slope of setting these facilities up, what will stop it from sliding right into full-blown medical fascism?

One might argue that a holding facility like the one being set up in Centralia already is full-blown medical fascism, seeing as how the place will operate much like a prison with staff on site 24 hours a day, seven days per week.

“Staff may work any or all of the three shifts and may work overtime as needed to ensure adequate staffing of the facility,” the job listing further reveals.

This is not the direction to go in if we ever hope to regain any semblance of freedom and liberty. But the Branch Covidians are cheering it all on, even after many of them protested “fascism” all last year in response to the death of George Floyd.

“If I was to set up prison camps for some future need under someone’s nose without raising suspicion, I would give it a believable purpose,” one Natural News commenter wrote.

“It’s a reach, but possibly this is for the internment of all the government traitors soon to be imprisoned for treason. It would be a darn clever plan. Probably wishful thinking though. It would be the ultimate in stealth thinking.”

Others expressed suspicion about the camps, warning that they will be used to imprison free-thinkers and those who reject the Cult of Covidism.