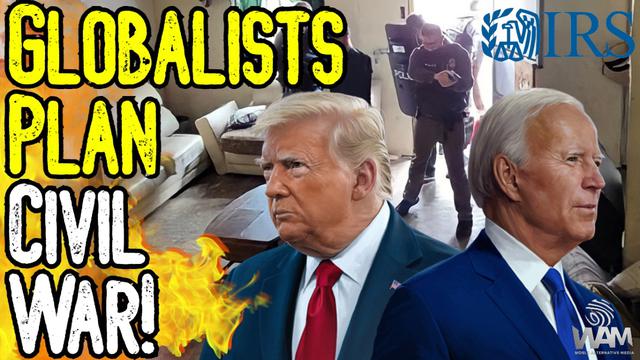 Josh Sigurdson reports on the planned civil war to bring in the great reset as the fake “inflation reduction act” which is really an inflation addition act to bring in climate tyranny doubles the size of the IRS as the IRS are trained to raid and kill average Americans who don’t comply under martial law.
At the same time, Trump was raided at Mar-a-Lago with the excuse being the “Espionage Act” saying he had classified nuclear documents in the building despite the fact that they were allegedly declassified. This is a distraction to bring in martial law against the people in a planned civil war scenario including false flag attacks against the FBI and CIA committed by the FBI and CIA as well as driving people against each other using different flavors of collectivist politics as an excuse while the real people pulling the strings laugh in our face.
This is a coup against humanity.
Stand up now, but don’t fall for the traps!