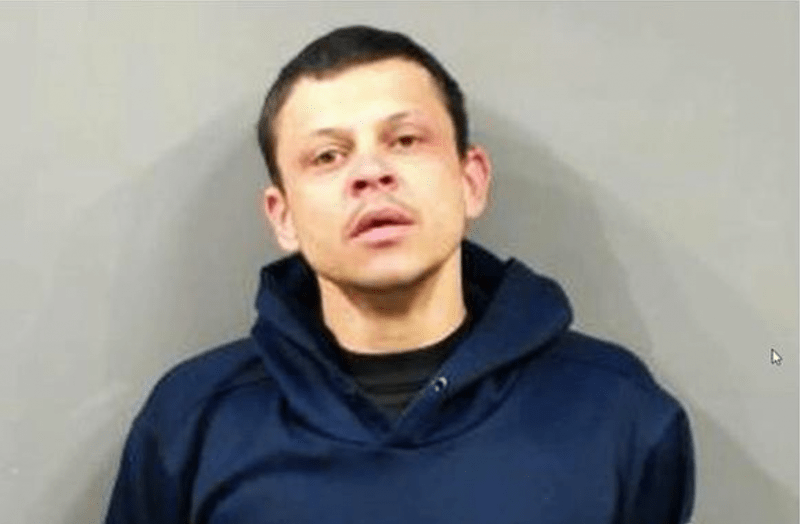 A 13-year-old girl has been killed after being dragged for several miles when she tried to jump out of her family’s SUV after a carjacker stole it from outside a restaurant.

Police say the girl, who has not publicly been identified, got caught in her seat belt while trying to escape the car after it was stolen in Wichita, Kansas on Saturday.

The alleged carjacker, Kevin Palmer, 34, has since been charged with felony murder over the girl’s death.

The teenager was waiting in the back seat of the running SUV parked outside the restaurant while her family went inside to pick up food at about midday.

Palmer is accused of getting into the driver’s seat and taking off.

The girl tried to escape the SUV while it was moving but got caught in her seat belt.

Police say she was dragged outside the car for several miles.

A witness saw the horrific ordeal unfold and followed the SUV while calling 911.

Palmer eventually stopped the SUV and attempted to flee before being captured by officers, police say.

The girl was pronounced dead at the scene.

‘This is one of the saddest cases I have been associated with in my over 28 years of law enforcement,’ Wichita Police Chief Gordon Ramsay said.

They have not released the girl’s name.

A GoFundMe page has been set up for the girl’s family to help with funeral costs.

Palmer has been charged with felony murder.

It was unclear whether he had an attorney who could comment on his behalf.