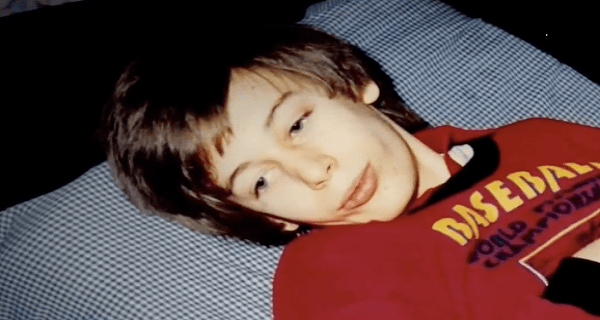 It’s the thing nightmares are made of; being trapped within your own body and having the ability to think and feel, yet lacking a way to communicate or move. That was Martin Pistorius’s reality for over 12 long years. Martin grew up living a normal life in South Africa.

When he was 12 years old he suddenly began to lose the ability to move on his own and soon afterward he fell completely into a coma. Doctors couldn’t figure out what exactly was wrong with him, he had no significant brain activity, and they told his parents that he would likely never wake up.

Three years later, Martin’s mind did start to wake up. It came back slowly at first, and by age 19 he says that he was fully aware of everything around him, yet he still could not move. Over the following years, Martin was trapped inside of his own body, unable to speak, move, or tell anyone that he was awake and could hear and understand everything going on around him.

He was a silent witness to the life and had only his own thoughts to keep him company. At one point he heard his mother say she wished he could find peace and finally die. He had to find a way to deal with the feelings of despair and doom, so he taught himself to disengage his thoughts. He made life bearable by clearing his mind and thinking about nothing, and thus further disappeared into himself.

Finally, a woman who was one of his caregivers, Virna van der Walt, noticed that he would often react to some of the things she said. She told his family and recommended that he be sent for tests at the University of Pretoria’s Centre for Augmentative and Alternative Communication. There it was confirmed that Martin was conscious and aware and they found he could even respond and communicate. He was 25 years old at this point in his life.

With the help of communication software and a renewed sense of life and purpose, Martin began to heal and re-engage his thoughts. He slowly broke free from his confinement and fully integrated himself back into the world and society.

In 2008 he met a woman named Joanna, the two hit it off, and a year later they married. Martin wrote a book about his life and journey, titled Ghost Boy, and has regained limited control of his head and arms in recent years. Life is no longer a living hell for him, and his story is truly inspirational.