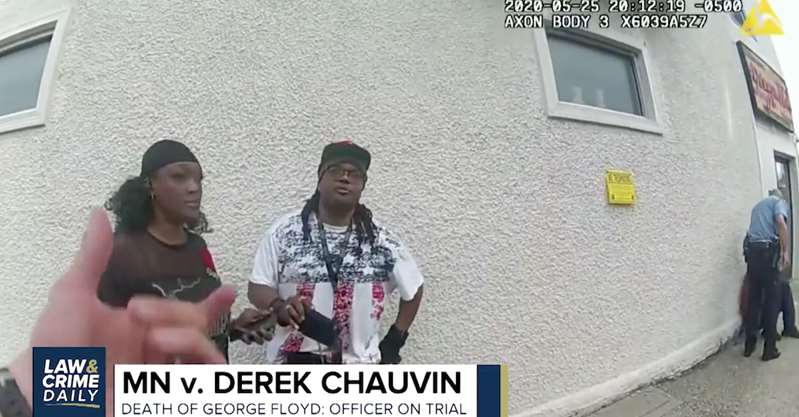 A man who was in George Floyd’s SUV the night police approached to ask about a counterfeit $20 bill has notified the court in Derek Chauvin’s murder trial that he will invoke his Fifth Amendment privilege against self-incrimination if called to testify.

The attorney for Morries Hall, 45, has also asked that the subpoena be quashed as Hall sits in the Hennepin Co. Jail on charges he violated a protection order in a domestic violence case. Hall pleaded guilty in 2019 to domestic assault by strangulation. His prison sentence was stayed.

Jail records show Hall was booked on March 21 as jury selection in Chauvin’s trial was underway.

“I just came to buy a tablet,” Hall told then-Minneapolis police officer Thomas Lane on May 25, 2020 after Floyd had been placed in handcuffs. A woman named Shawanda Hill was also in Floyd’s SUV.

Hall told Lane he didn’t have identification on him. But court records show Hall was wanted at the time in Hennepin Co. on two charges of third-degree drug possession, for being a felon in possession of a firearm, and domestic assault. Judge Peter Cahill — the same judge overseeing Chauvin’s trial — signed one of the warrants in February 2020. Hall left Minneapolis after Floyd died, and the Minnesota Bureau of Apprehension asked authorities in Texas to arrest him. He was taken into custody a week later in Houston.

Courteney Ross, Floyd’s girlfriend, discussed Hall when asked about him during testimony in Chauvin’s trial Thursday.

Defense Attorney Eric Nelson: “Are you familiar with Morries Hall?”

Nelson: “Was Morries the person you bought controlled substances from?”

“He gets extra attention, good or bad,” Hall told CNN as he described Floyd in 2020.

But now, Hall won’t say anything if called to testify because his statements could be used against him in his own criminal cases.

Ross testified she and Floyd had purchased pills in March 2020 that appeared different from pills they had taken in the past. Ross described how she and Floyd both struggled with addiction after being prescribed opioids for pain.

“I didn’t like Morries very much, no,” Ross said when asked about Hall.

Hall is also being detained in Hennepin County for a felony case out of Redwood County.