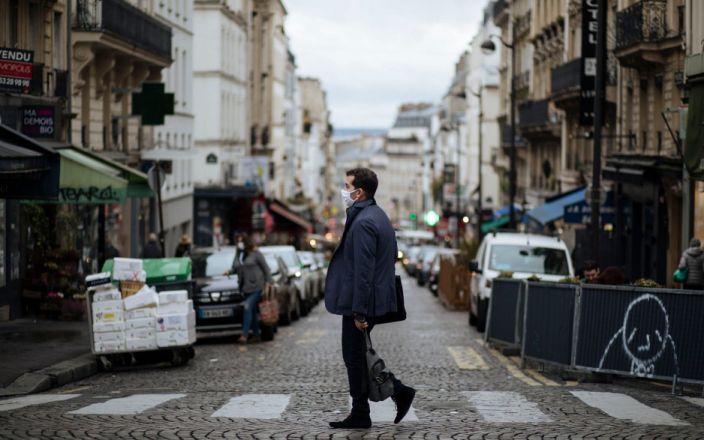 Pressure in France for local lockdowns is increasing after the government’s chief scientific advisor estimated that the country is seeing 100,000 new coronavirus cases every day.

On Sunday, 52,000 new Covid-19 infections were reported in France, another daily record – but yesterday Jean-François Delfraissy, the government’s chief scientific advisor, said the true figure was probably twice as high.

Dr Delfraissy joined other senior doctors in urging the government to introduce local lockdowns or a weekend lockdown that would effectively extend the current 9pm curfew in force in much of the country to weekends in order to limit social contacts.

“There are probably more than 50,000 cases per day. We estimate, on the scientific committee, that we are more in the region of 100,000 cases per day,” Dr Delfraissy told RTL radio on Monday. He expressed surprise at the “brutality” of the increase.

Eric Caumes, head of the infectious diseases department at Paris’s largest hospital, La Pitié-Salpêtrière, said: “We have lost control of the epidemic.”

Jean Rottner, the conservative president of the eastern French region bordering on Germany and himself a doctor, tweeted: “I am certain that we are heading towards a lockdown.”

Dr Rottner told Franceinfo radio: “I’m asking for us to start discussing it before it’s too late… instead of waiting another two or three weeks, the government should open discussions with unions and employers’ groups now.”

Hospitals and intensive care units in Paris and other cities are steadily filling up with Covid-19 patients. Many non-urgent operations have been postponed and a number of patients have been transferred from overstretched hospitals in the worst hit parts of the country to those in less affected areas.

About 70 per cent of intensive care beds are occupied by Covid-19 patients in the Paris area, and hospitals are saturated in the Seine-Saint-Denis department, north-east of Paris.

Dr Rottner and Dr Delfraissy said a second lockdown should be more flexible than the blanket shutdown imposed in the spring.

Dr Delfraissy stressed that it should last for a shorter time, but he warned that the more it was delayed, the longer it would take to reduce infection rates.

In Germany, the public health agency advising the government on its coronavirus strategy was attacked with Molotov cocktails overnight on Sunday, a sign of the increasing polarisation there, too, over the official response to the second wave of the pandemic.

Case numbers have tripled over the past fortnight.

Unidentified assailants threw Molotov cocktails at a building belonging to Germany’s public health agency, the Robert Koch Institute (RKI), early on Sunday morning.  Security guards at the building were able to put out the flames.

Photos from the scene in southern Berlin showed smashed glass in one window and smoke stains on the external facade. Berlin’s state security service has taken over the investigation due to the suspicion of a political motive.

The RKI has called for stricter rules on mask wearing in areas where crowds gather as part of its advice on tackling the spread of the virus.

Some 8,700 new cases were reported in Germany on Monday morning.

Local authorities in Germany have responded to the second wave by imposing bans on hotel stays for people from “hotspots” and early closing times for bars. Berchtesgadener in Bavaria has had a full lockdown imposed on it due to it having some of the highest case numbers in the country.

But, with intensive care units still far from overburdened, sections of society see the restrictions as too repressive.  An anti-corona demo in Berlin at the weekend was attended by 2,000 people, far down from August when some 30,000 people gathered in the capital.

Yesterday, Angela Merkel’s Christian Democratic Union party postponed a meeting planned for early December to elect a new leader due to the surge in infections.

The conservative party’s top brass will reexamine the situation in mid-December to determine its next steps, general secretary Paul Ziemiak said.