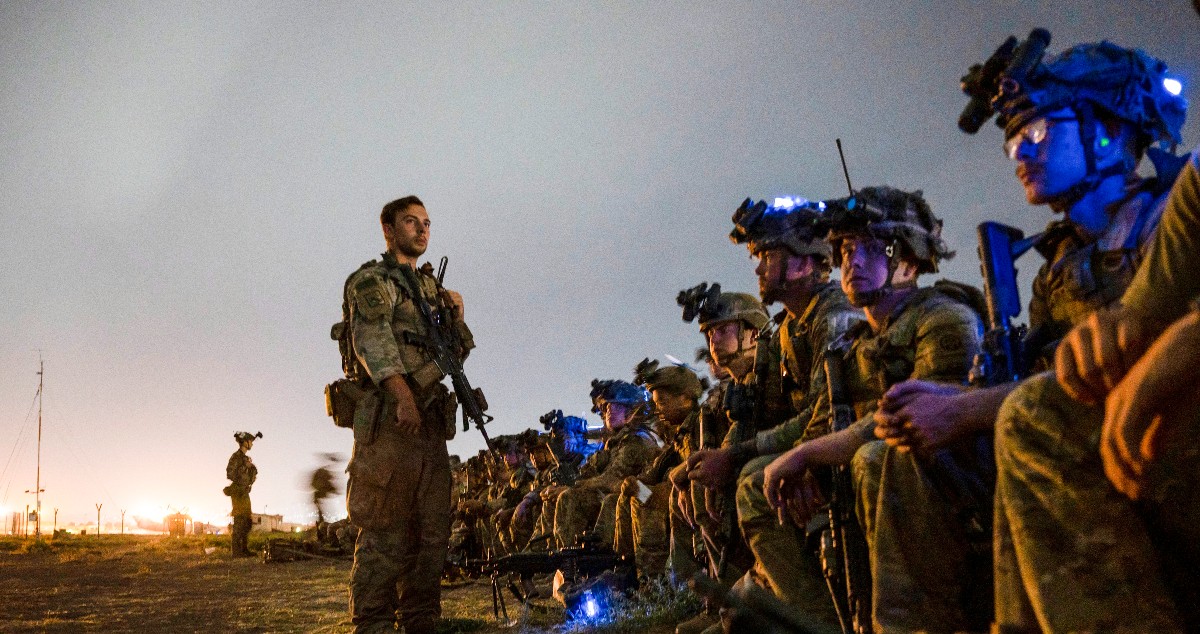 OPINION: This article contains commentary which reflects the author’s opinion

As hundreds of Americans and their Afghan allies have been left stranded in Afghanistan, a number of former U.S. Special Forces personnel have undertaken an effort to evacuate the men and women who assisted them during the war.

President Joe Biden’s disastrous pullout of U.S. military forces from Afghanistan, left behind hundreds of American citizens and passport holders as well as thousands of Afghan allies who aided US forces during the 20-year occupation of Afghanistan, essentially leaving them for dead under Islamic extremist rule of the Taliban.

The widely criticized mission has left many, including a group of former U.S. Special Forces personnel, to take matters into their own hands and organize what is to become a massive rescue effort from the country.

Travis Dale Peterson, a retired Air Force Master Sergeant, told the Daily Wire about Ark Salus, described as  “a group of private American citizens and former U.S. Special Operations advisors with unique expertise,” driven by a  “moral obligation to assist and protect the Afghans who assisted and protected” them during the 20-year war.

“Myself and two others developed it about three weeks ago prior to the fall of Kabul,” said Peterson. “Our goal was to evacuate the families of the commandos, so the commandos could stay and fight and stand for Kabul.”

Peterson explains how Kabul fell to Taliban rule “a lot quicker than expected,” changing the scope of the mission from rescuing the families of the commandos, to getting both the commandos and their families out of the country.

Peterson told the publication that he and other U.S. service members have “Been with these guys for over a decade” on counterterrorism operations and counterdrug missions.

He says that the initial idea behind the initiative was to get their families out of harm’s way so they would not have to worry about them while they fought against the Taliban.

“They’re the most dedicated people I’ve ever seen,” Peterson said, pointing out that Commandos were able to hold cities and take out Taliban forces, however, they lacked support from the “lower echelon of troops,” essentially forcing them to fight for days against the Taliban without any backup.

Peterson told the publication that both he and a colleague witnessed “absolute culture shock” with the destruction of special mission facilities and aircraft driven by the “mob mentality” of Taliban fighters, some of whom were teenagers.

“Unfortunately, everything was destroyed,” Peterson said. “It was absolute destruction. I’ve done so many things in my life and been to so many different places. It just took me, it took my breath away, to be honest with you.”

Peterson provided photographs of these special mission facilities, showcasing damaged small attack helicopters, and other vehicles that appear to have been disabled and ransacked by looters.

The military veteran condemned the Biden administration for “trusting” the Taliban, which he says is “absolutely ridiculous.”

The Biden administration reportedly provided the names of American citizens and special visa holders to the Taliban, to permit their passage into the airport during the evacuation — a move that Rep. Dan Crenshaw, a military veteran who served in Afghanistan, described as “borderline treason.”

Peterson says that his team has rescued around 200 to 300 people thus far, all of whom were exposed by the Biden administration and on the Taliban’s enemy list.

“There are still 500 American citizens in Kabul right now,” he said. “American citizens that cannot get out and our government left them behind. Now, multiply that with all of the Afghans that helped us for the last 20 years that fought side-by-side with me. Saved my life numerous times, countless times, and I owe them this and I’m talking to them daily, hourly, by the minute, from their command structure, all the way down to their lowest guy, trying to come for them.”