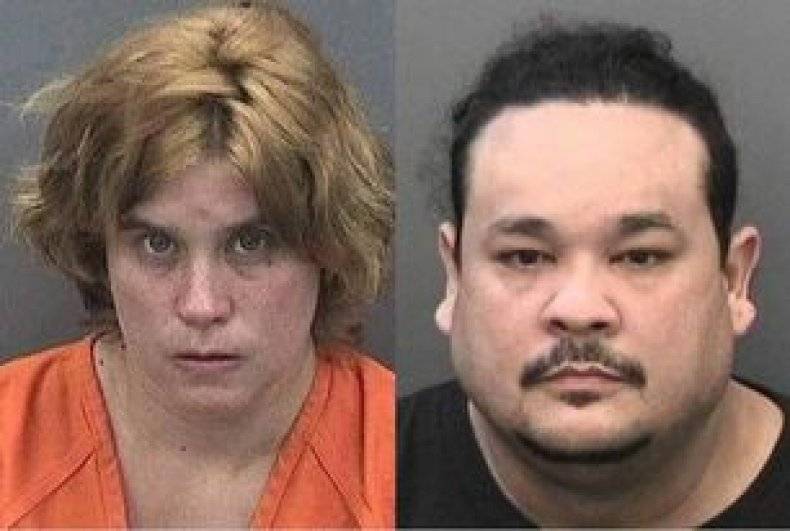 A Florida couple are facing charges after they told detectives they had been handcuffing a young boy and locking him in a closet for around 16 hours a day as punishment since Christmas, authorities said. John Hernandez, 41, and Natasha Dabbs, 37, were taken into custody on Sunday.

Deputies had been called to a home in Tampa earlier in the day to investigate a report of a missing child, the Hillsborough County Sheriff’s Office said in a news release. At the residence, deputies located the boy, who had reportedly been hiding in the home, and cleared the call.

The sheriff’s office said deputies later returned to the home in order to conduct an investigation into potential child abuse. The boy told deputies that he had been handcuffed and forced to stand in a closet as punishment. The child also said it had been happening for about 16 hours a day for the past few weeks.

According to the sheriff’s office, Hernandez admitted to handcuffing the boy and putting him in the closet from 5 a.m. until 9 p.m. as a punishment for behavioral issues.

Both Hernandez and Dabbs were arrested and booked into the Orient Road Jail. Hernandez is charged with aggravated child abuse (malicious punishment) and his bond was set at $25,000, according to online records. Dabbs is charged with child neglect as well as failure to report child abuse. She remains in custody on a $10,000 bond.

In a statement, Hillsborough County Sheriff Chad Chronister praised the deputies for noticing something was not right during the initial call and said their actions may have saved the boy’s life.

“The actions of this couple are reprehensible,” he said. “I am so proud of our deputies for noticing something was not right while they were at the initial call and following through. Their actions may have saved this young boy’s life.”

The sheriff’s office said the child’s name and age as well as his relationship to the suspects will not be released, citing Marsy’s Law.

The investigation is active and ongoing.