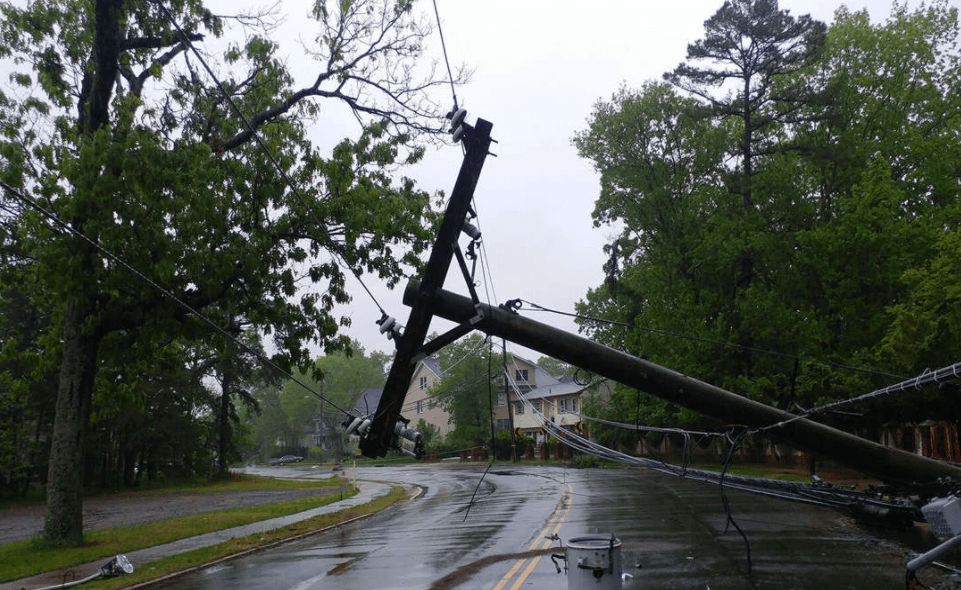 A Florida teenager was electrocuted amid a spate of storms on Sunday after a downed power line set fire to her car
The 17-year-old Spring Hill girl was driving on Evenglow Avenue near Hyacinth Lane at 12:15 p.m. when her Dodge Avenger collided with a power line that had been knocked down by a fallen tree, the Florida Highway Patrol said in a press release.

The teen stopped the car, and it soon caught fire on the driver’s side, so she exited from the passenger side. At that point, she stepped on the downed active power line and was fatally electrocuted, the release said.

She was pronounced dead at the scene by medics, the Tampa Bay Times reported.

Officials said her identity has not been released due to Marsy’s Law, an amendment to the state constitution meant to protect crime victims. The release makes no indication that she was the victim of a crime.

Neighbor Maria Patchon told Bay News 9 that she heard a loud pop from outside, and could tell the power line was active because it was sparking.

“I saw sparkling underneath the vehicle,” she said. “The next thing I know, I walk back out to look, and the car is inflamed and the passenger door was open.”

The Hernando County Sheriff’s Office issued a statement warning Evenglow residents about the power lines, and said the road was closed to all traffic. Authorities also told Evenglow residents to remain inside their homes until further notice.

“Deputies along with Hernando County Fire & Emergency Services and power company officials are on scene of POWER LINES DOWN on EVENGLOW AVENUE in SPRING HILL,” a statement posted to Facebook read. “Along with ENERGIZED LINES on the ground, there is an ACTIVE FIRE.”

The teen driver was the only death reported on Sunday amid severe storms in the Tampa Bay area, the Times reported.