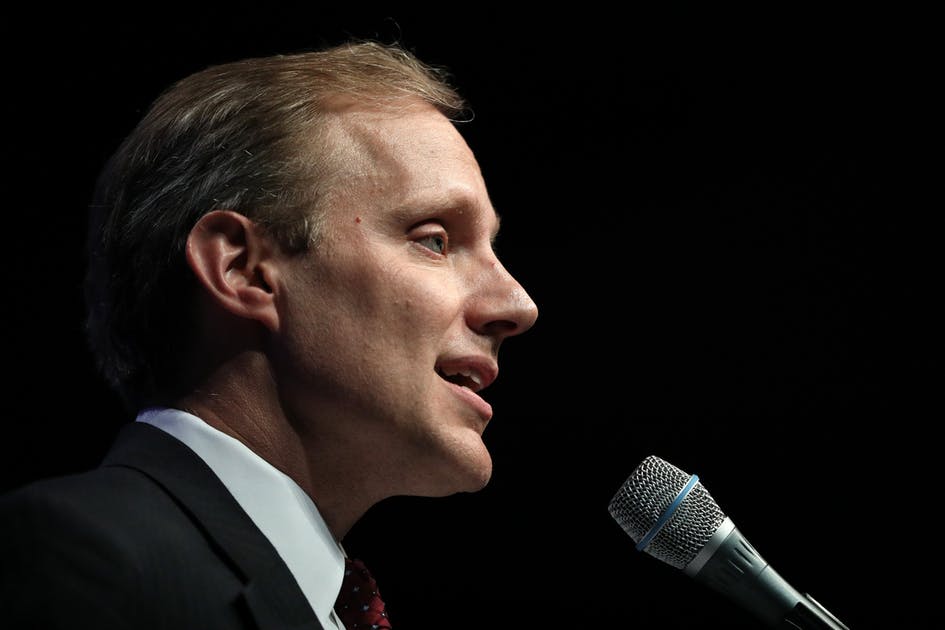 A federal court sided Thursday with a GOP challenge to Minnesota’s extended deadline for receiving absentee ballots after Election Day, imperiling a state rule that would count mail-in ballots received up to a week after Tuesday’s election.

In a 2-1 decision, a panel of Eighth U.S. Circuit Court of Appeals judges ordered that all mail-in ballots received after 8 p.m. on Election Day be set aside, setting the stage for a potential legal battle after the election. But the order stopped short of a final determination on the validity of the post-Election Day ballots.

The ruling came in a case brought by Minnesota GOP presidential electors challenging a state rule allowing election officials to count ballots received until Nov. 10, as long as they are postmarked by Nov. 3. It is one of several Republican challenges to extended deadlines that were adopted in Wisconsin, Pennsylvania and North Carolina in response to concerns about the pandemic and potential mail delays.

“There is no pandemic exception to the Constitution,” the panel wrote.

In a separate petition filed Wednesday, the Trump campaign had sought a similar order from the Minnesota Supreme Court to separate ballots arriving after Election Day. That case is pending, and the state high court has ordered attorneys for the campaign to explain the timing of their court action.

After the Eighth Circuit’s decision late Thursday, Minnesota Secretary of State Steve Simon instructed voters to no longer place their absentee ballots in the mail. Instead, he said, voters should deliver their ballots by hand to their county election offices or vote in person on Election Day. Simon called the decision “a tremendous and unnecessary disruption to Minnesota’s election.”

“This last-minute change could disenfranchise Minnesotans who were relying on settled rules for the 2020 election,” Simon said. “It is deeply troubling that the people who brought the lawsuit, a conservative legislator and presidential elector, would seek to sabotage the system for political gain.”

Simon described Thursday’s ruling as unclear but said he interpreted it to only apply to presidential votes. In July, Simon agreed to the extension in response to a lawsuit filed by a citizens group in state court earlier this year. The lawsuit cited the coronavirus pandemic and a surge in mail voting as concerns that thousands of votes cast on Nov. 3 but received after that day’s 8 p.m. deadline could go uncounted.

Republican state Rep. Eric Lucero, of Dayton, and GOP activist James Carson — both Minnesota GOP electors in the presidential race — challenged the July consent decree in a federal lawsuit. They appealed to the Eighth Circuit U.S. Court of Appeals after District Judge Nancy Brasel ruled that they lacked standing to sue Simon over the agreement. Thursday’s ruling reverses Brasel’s decision. It also concluded that Carson and Lucero were “likely to succeed on the merits” of their complaint because, the panel wrote, Simon’s extension is probably unconstitutional because he did so without legislative approval.

Lucero hailed the court’s decision Thursday as “a significant victory for Minnesota voters, fair elections and the rule of law.”

The ruling reflected a split between the three-judge panel’s GOP-appointed jurists and a judge appointed by Democratic President Barack Obama.

Judges Bobby Shepherd, a George W. Bush appointee, and L. Steven Grasz, appointed by President Donald Trump, sided with the GOP challenge. Judge Jane Kelly, in a dissenting opinion, wrote that the ruling, so close to Election Day, “will cause voter confusion and undermine Minnesotans’ confidence in the election process.” The majority opinion, meanwhile, acknowledged such concerns, holding that “the consequences of this order are not lost on us.”

“With that said, we conclude the challenges that will stem from this ruling are preferable to a postelection scenario where mail-in votes, received after the statutory deadline, are either intermingled with ballots received on time or invalidated without prior warning,” the judges wrote. “Better to put those voters on notice now while they still have at least some time to adjust their plans and cast their votes in an unquestionably lawful way.”

Immediately upon learning of the court’s decision, Minnesota politicos and activists alike raced to urge voters to swiftly return their ballots to ensure that their votes are counted.

“If you have an absentee ballot in your hand right now, drop it off,” Gov. Tim Walz said during a CNN appearance soon after the ruling.

Nearly 2 million Minnesotans have requested absentee ballots with the understanding that their votes will be counted as long as they are postmarked by Tuesday. Simon said that, as of late Thursday, about 399,000 voters had requested ballots but not yet returned them.

In briefings to the Eighth Circuit, Andrew Grossman, an attorney for Carson and Lucero, warned that votes received after Nov. 3 could be challenged and disqualified. Republicans also pointed out that under the new state rule, ballots without postmarked dates would be assumed to have been submitted on time barring a “preponderance of the evidence” proving otherwise.

Meanwhile, Assistant Attorney General Jason Marisam, representing Simon, argued that a sudden change in the deadline — which has been communicated to voters for months — would “potentially disenfranchise thousands of voters relying on their ballot instructions.”

The U.S. Supreme Court has been ruling on similar extensions in the battleground states of Wisconsin, Pennsylvania and North Carolina. The high court on Monday sided with Republicans in a 5-3 order that stopped Wisconsin from counting mailed ballots received up to six days after Election Day. That order, in which the court’s three liberal justices dissented, came before Monday’s U.S. Senate vote to confirm Trump’s nomination of Judge Amy Coney Barrett to the Supreme Court. Barrett joined the court on Tuesday, solidifying a 6-3 conservative tilt.

Minnesota DFL Party Chairman Ken Martin called Thursday’s ruling “an attack on democracy brought about by a Republican Party desperate to stifle the voices of Minnesotans across our state.

“This absurd and misguided opinion will toss out the rules that have been in place since before voting began in September,” Martin said.

Jennifer Carnahan, chairwoman of the Republican Party of Minnesota, meanwhile, applauded the decision as “upholding the integrity of the election.”

“The pandemic has caused upheaval in many areas of life but hiding behind the pandemic to manipulate the election process is not democratic, and we appreciate that our laws and interpretation of those laws matter,” Carnahan said.