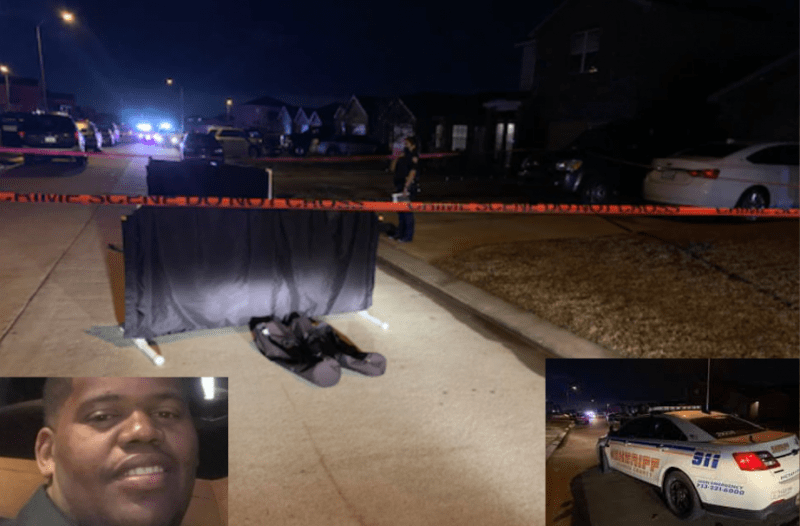 A father was shot and killed while confronting his teenage daughter’s bullies at a home in Texas, his family says.

Brandon Curtis, 35, died at the scene in the 10900 block of Spring Brook Pass in the Humble area after a fight broke out on Friday.

“One adult party brought a teenager here to confront another group and it turned deadly,” Harris County Sheriff Ed Gonzalez told reporters from the scene.

Curtis went to the residence with his 15-year-old daughter “so she could fight other juveniles,” Gonzalez said. When the argument escalated, Curtis allegedly joined the fight and “struck one of the juveniles several times”.

“At this point, another adult male from the other party retrieved a pistol, fired a shot—or shots—at an individual who had come to the scene,” Gonzalez said, adding that the male “shot Curtis in defense of his brother.”

However, family members dispute this claim and argue the father of five was hoping to talk to a teen’s parents to bring an end to months of bullying his daughter allegedly endured on social media.

“I don’t feel like it’s right to let that come out like that. I’m angry. I’m angry about it,” Curtis’ wife, Shantal Harris, told ABC13. “I know my husband. My husband is not like that.”

Curtis’ sister, Jeran Perkins, agreed. “My brother would never put a hand on a child… We want justice.”

Harris said her daughter had been bullied on social media by a teenage boy for nine months, claiming the teen threatened “b***h I’m gonna beat you up” and “I’m gonna get you” in a series of messages.

She and her husband reportedly spoke with the boy’s father about the issue a few months ago but said the bullying had not stopped.

On Friday night, Curtis, his daughter and his son left to address the issue again.

“When he left from here, my husband went to go resolve the issue. He wanted to go speak to the parent,” Harris said.

However, the confrontation turned violent and Curtis was found by Harris County officers later that night deceased on the scene from an apparent gunshot wound.

Investigators said a 20-year-old man told them Curtis hit his teen brother and so he grabbed a gun to protect his brother and shot Curtis.

Sheriff Gonzalez reported from the scene. “A physical altercation broke out between several teens,” he said. “One adult entered the fray. A separate adult retrieved a pistol and shot the male. One adult male is deceased.”

The man, later identified as J. Richardson, also a resident at the location, was not charged.

The case is set to be referred to a Harris County grand jury at a later date, according to the sheriff’s office.

Curtis’ family say they want to see justice and charges laid for the shooting.

Since the death, Harris said her daughter received a message that read, “we all had a fight and killed dey daddy.”

“For them to claim self-defense, it’s sickening,” she added.