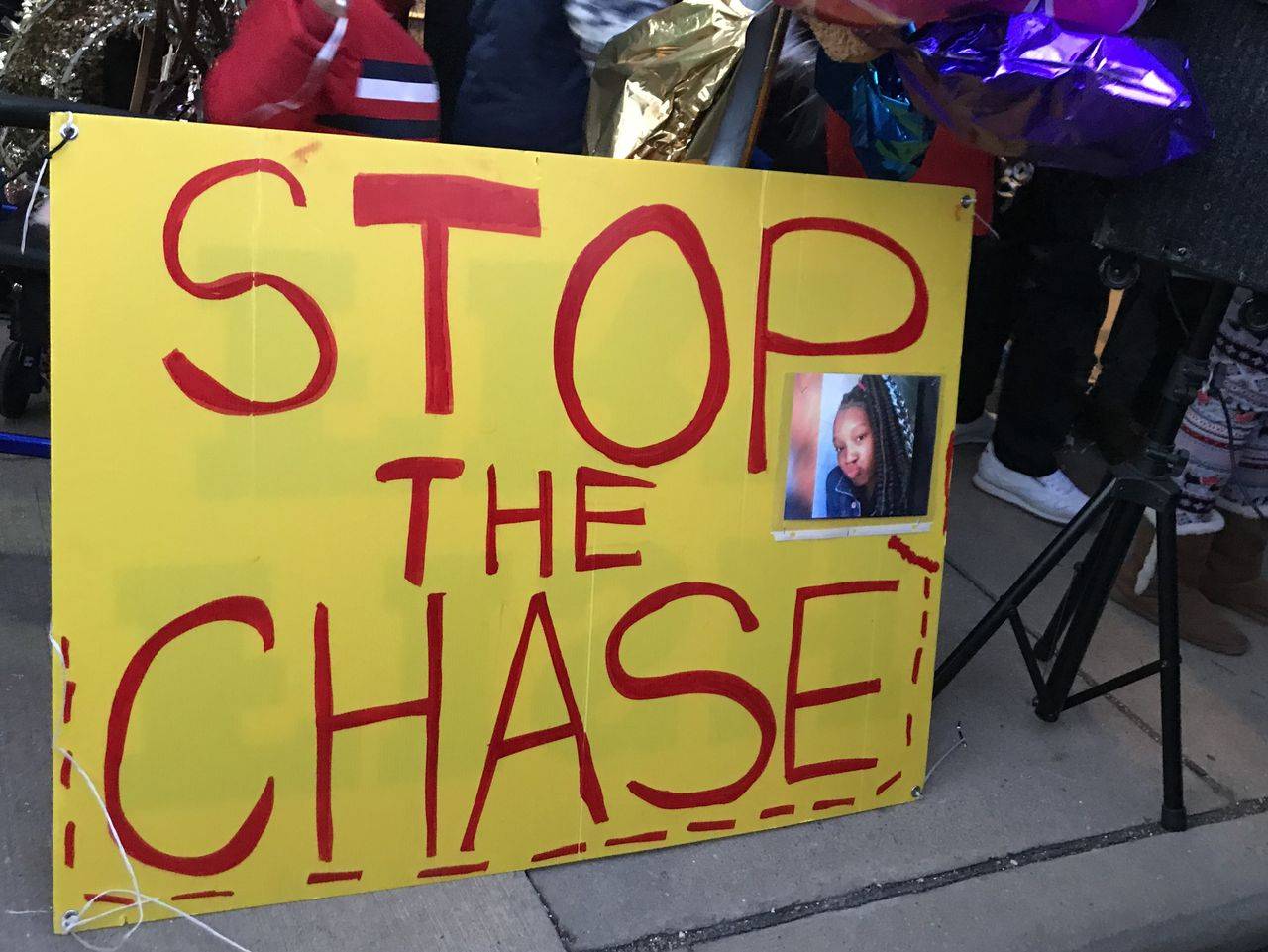 CLEVELAND, Ohio — The mother of twin siblings hurt when teenage robbery suspects leading Cleveland police on a high-speed chase drove onto the sidewalk and hit them in December 2019 filed a lawsuit Tuesday against the city of Cleveland and several of its officers.

The then-12-year-old boy and girl walked to the library after school with friends, including Tamia Chappman, who died in the crash. The girl was holding hands with Chappman when the car struck them, the lawsuit says.

Lawyers representing the twins’ mother filed the complaint in Cuyahoga County Common Pleas Court, accusing the city and 17 officers identified in the suit by their last names and badge numbers of acting recklessly and negligently in the chase, which reached speeds of 75 mph through residential neighborhoods in the afternoon on a school day.

Supervisors should have called off the chase because the danger the chase posed to the community was more severe than if the carjackers remained at-large while detectives worked to identify and arrest them, the suit said.

Shean Williams and Stanley Jackson, lawyers at the Cochran Firm – Cleveland, announced the lawsuit in a news release. The lawyers also represent Chappman’s family in a wrongful death lawsuit filed in May against the same officers.

Cleveland police and Safety Director Karrie Howard finished an internal review of the incident in December and concluded that the chase did not violate any department’s policies. The review identified one officer who briefly joined the chase when it passed him without first getting permission.

The incident began when an off-duty Cleveland police detective spotted two teenagers carjack a woman at gunpoint in the parking lot outside a Target on West 117th Street about 3:30 p.m. Dec. 20, 2019. The detective called the crime into police dispatch and followed the teenagers in his personal car until on-duty officers joined the pursuit on Interstate 90 near Eddy Road.

The teenagers sped away from police and drove through residential neighborhoods shortly after school had let out, the lawsuit said. Police followed in hot pursuit, the lawsuit says.

The chase made its way into East Cleveland and down Euclid Avenue, where the boys driving the car struck several cars, hit the curb, drove onto the sidewalk and struck the children before coming to a stop farther down Euclid Avenue.

The twins witnessed Chappman’s death and saw her body lying in the street, the lawsuit says. The girl holding Chappman’s hand suffered a broken collarbone, sprained her neck and head trauma, the news release announcing the lawsuit says. Both children experienced significant emotional and psychological trauma from seeing their friend killed, the release says.

Police arrested the boys, both 15 at the time, inside the car. One of the boys, D’Shaun McNair, is being prosecuted as an adult. He has pleaded not guilty to murder, involuntary manslaughter, aggravated robbery and other charges in Cuyahoga County Common Pleas Court.

Cleveland police curtailed its pursuit policies after widespread criticism of a 2012 incident that saw more than 100 officers join a cross-city pursuit that ended with 13 officers firing 137 shots into the car in the parking lot of an East Cleveland elementary school. Timothy Russell and Malissa Williams died in the shooting.

An investigation later revealed that the officers likely mistook the sound of the car backfiring for gunfire outside the Justice Center downtown. Russell and Williams were unarmed at the time of the shooting. One officer, Michael Brelo, was charged in the shooting and a judge later acquitted him, sparking protests. Five supervisors charged with dereliction of duty had their cases dismissed.

The department’s new policy says officers can only chase people suspected of committing violent felonies and limits the number of officers who can join a chase. A supervisor assigned to the chase must take into account the road conditions, time of day, amount of traffic and other conditions at the time of the chase and can terminate it if the chase becomes more dangerous to the public than letting the suspect go and identifying the suspect through an investigation.