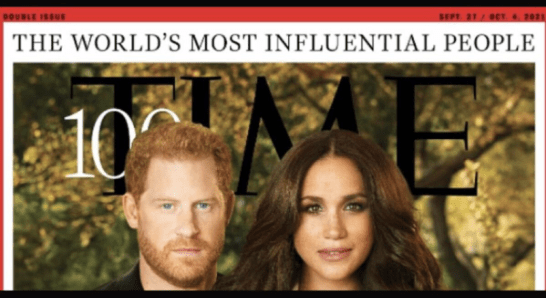 It’s not “breaking news” that Harry is a frail, henpecked shell of a guy who lives in the shadow of his domineering wife. I believe we’ve all seen it to be true by now. Join The True Defender Telegram Chanel Here: https://t.me/TheTrueDefender It’s actually kind of sad because I believe a lot of it stems […]

It’s not “breaking news” that Harry is a frail, henpecked shell of a guy who lives in the shadow of his domineering wife.

I believe we’ve all seen it to be true by now.

It’s actually kind of sad because I believe a lot of it stems from the fact that he lost his mother at such an early and formative age.

If you ask me, Harry is looking to replace Diana with every woman he meets, and he chose Megahn because of her “rebellious” character, which his mother was known for.

Meghan, on the other hand, isn’t quite “rebellious” and certainly not in the same league as Diana — she’s more opportunistic and wants to be a “progressive feminist.”

This makes my stomach turn.

Diana was thrown into a situation she didn’t desire, but she muddled through it, despite the fact that her husband was in love with another lady at the time.

Meghan had sought out Harry and had researched the Royal life, so she understood what she was getting herself into. However, when she got the job, it felt too “fuddy-duddy” for her taste, so she wanted to move on…

Whether she liked it or not, she brought her golden goose along for the voyage.

That is, at least, my opinion.

And now, despite the fact that his wife is a D-list “Canadian TV” actress, Harry lives in the shadow of his wife in Hollywood (Suits was filmed in Toronto, not Hollywood).

And nowhere was this more clear than on the cover of “TIME Magazine.”

The photographer had 6’1 Harry hiding behind his larger-than-life wife, Meghan, as everyone who glanced at it could tell…

Take a look at this:

Here’s what people on the internet had to say about the image’s “optics”:

“This man could have never been king”

“The Prince of England, everyone…LOL”

“He’s just a little side attachment/accessory. Her hair was full-blown, placing her central. Power hands. So much wokeness/female empowerment went in that pose. Feel sorry for him. You can empower each other and still be unapologetically yourself too, you know?”

“Honestly this cover makes me super uncomfortable. The symbolism, the positioning, the poses? No thanks.”

“They’re just one big pathetic PR stunt for the Progressive Agenda. It’s fake just like everything else we see on TV and the News.”

“He’s cowering behind her and she’s standing on a platform for this photo. He’s like 6 inches taller than her in real life. He’s royal and she’s what…. Nothing? She really does have him by the balls…”

“I feel really sorry for this man. He has mommy issues.”

So, I assume Harry likes it this way — he wants to play emasculated stooge to his more “strong” wife, so let him, but there are costs associated with our decisions.

What progressives are doing to men is both disturbing and dangerous.

We need the strength and logic of powerful men, not weak men in the shadows.

Why, after all, must women knock men down in order to build themselves up?