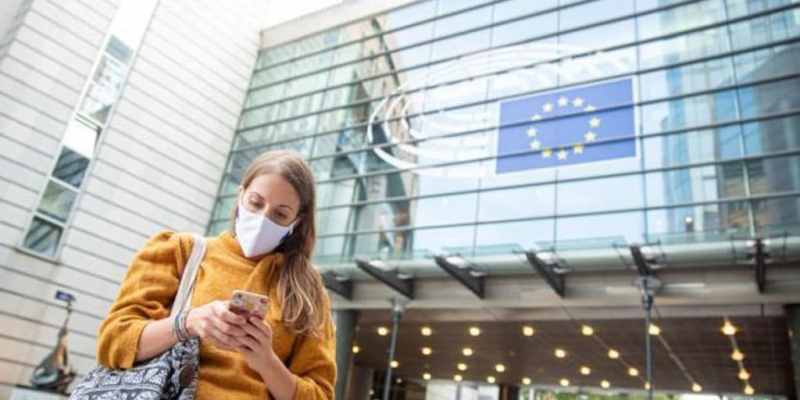 The European Digital Identity system is rapidly being adopted with countries like Estonia and The Netherlands leading the way.

(Katya Pivcevic | Fintech News) – From Estonia’s long-time running national identity scheme to the Netherlands’s foundational ID, Europe will soon be conducting much of its digital identity authentication and vaccination verification via an EU-wide shared app. Estonia’s national digital identity system has been established for many years, and now that the European Commission plans to bring in a European Digital Identity in the form of a mobile app, the country is well ahead and planning further.

Under the new framework, proposed in June, national digital identities will be linked with digital wallets for ID authentication and personal attributes; for example, if Facebook wants age verification, the digital wallet should be enough to prove it.

Part of this plan for the European Digital Decade is to reach 100 percent online provision of key public services and 80 percent uptake of digital ID solutions. Each EU country will develop a separate digital wallet app for citizens, according to the Commission.

Estonians have had state-issued digital identities since 2002, and the country launched electronic vaccination passports in April, accelerated by COVID-19. According to Andres Sutt, the Minister of Entrepreneurship and Information Technology, however, Europe is in need of more ambitious digitization projects to meet the expectations of European citizens and the needs of companies.

“An Estonian citizen should have access with their ID card to the same e-services that a Belgian citizen receives today, and vice versa. The eID solutions and services created by the Member States must be available across borders,” Sutt comments.

A mobile application will form the basis of the wallet, says Sten Tikerpe, IT Law & Policy team lead at the Estonian Government CIO Office; “the proposal to update the eIDAS regulation, which regulates e-identification and trust services in the European Union, provides for the creation of so-called ‘identity wallets’ which are intended to be in the form of mobile applications.”

Estonia is currently seeking to tender a contract for a new mobile identification provider to replace the current mobile ID system, which may introduce biometrics to underpin the system’s security.

Though each country will maintain current national ID systems, these systems will form the basis of the European Digital Identity, and Estonia is currently drafting national positions to the proposal published by the Commission, says Tikerpe.

The Dutch State Secretary for the Interior and Kingdom Relations Raymond Knops says government has a clear task to facilitate a reliable national digital identity infrastructure for the benefit of citizens and businesses, via a letter to parliament on digital identity.

In the future, Dutch citizens will have a unique digital foundational identity (DFI) aiming to speed up innovation and give people sovereignty over personal data as well as providing freedom of choice in terms of digital identity market solutions. The DFI will contain verified identity data that can be used to fuel derived digital identities in the same way physical identity documents (such as a passport and driver’s license) do today.

Such a national identity system would allow users to leverage government-issued and verified attributes, and reduce privacy and security risks. In April Michiel van der Veen of the National Service for Identity Data (RvIG) said that accessibility for everyone would include a non-digital option of the system. The DFI could also boost economic performance by providing a way for people to interact with businesses across the EU under eIDAS regulation, and easing KYC and AML checks.

Though no timeline has been released for the implementation of a DFI, the Dutch government has a clear path forward, according to the digital identity vision document.