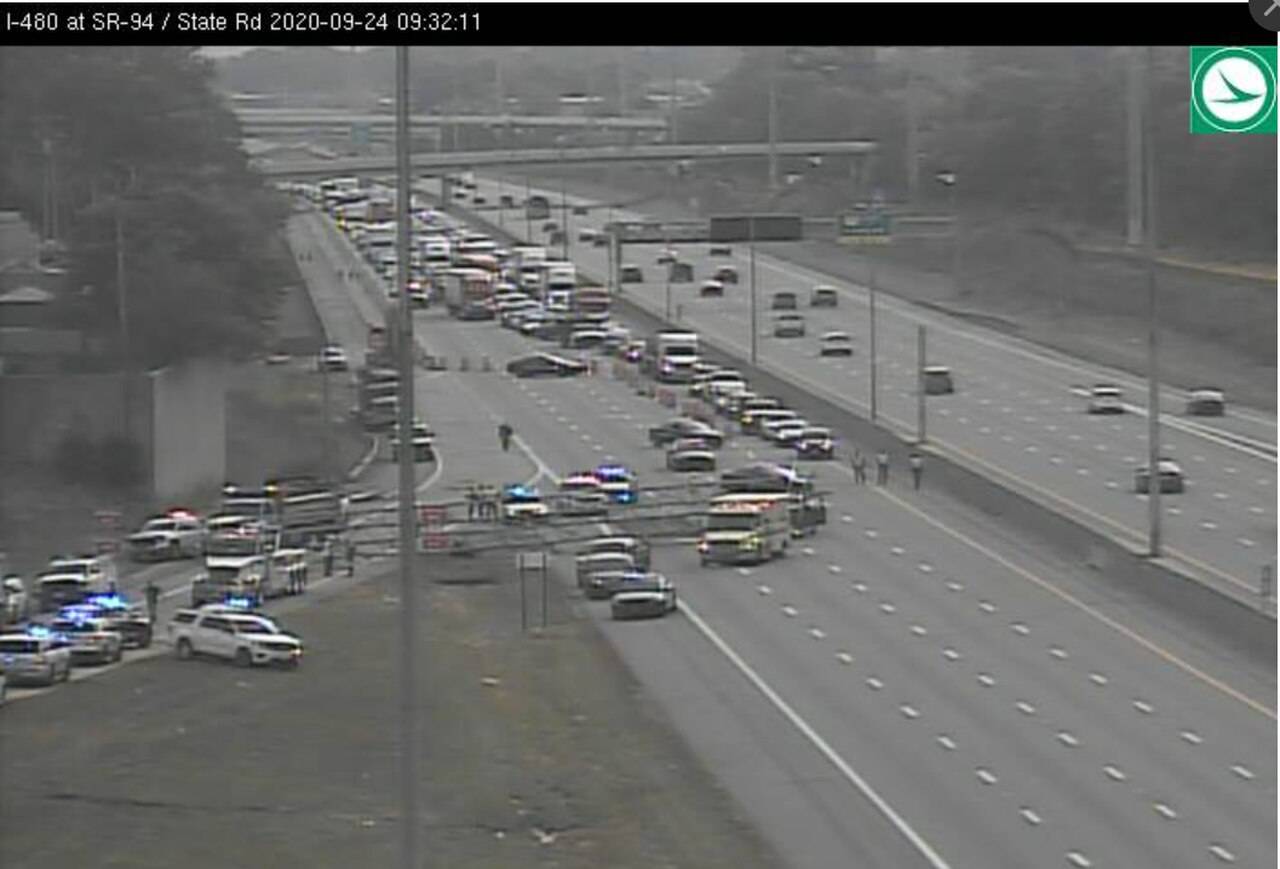 CLEVELAND, Ohio — A dump truck driver who struck a highway sign that fell and killed the vice president of a Cleveland funeral home in September has been charged with aggravated vehicular homicide.

A Cuyahoga County grand jury handed up an indictment charging Jason Beard, 38, of Cleveland, with two counts of the third-degree felony charge that accuse him of driving his truck recklessly and causing the death of Daniel C. Ripepi, whose family owns the A. Ripepi and Sons Funeral Home.

Beard is scheduled for a March 23 arraignment in Cuyahoga County Common Pleas Court. No attorney information is listed for Beard in court records.

Beard drove a 2015 Daimler dump truck to drop a load of sand at a work site on the side of the highway near the State Road exit, according to a copy of the report provided by the State Highway Patrol.

He finished and started to merge back onto the highway with the truck’s dump bed still raised, the report said. The bed struck a highway sign that extended over three lanes of traffic. The sign collapsed and fell on top of Ripepi’s 2019 Ford F-150 as he drove in one of the highway’s middle lanes, the report said.

Beard told troopers in a written statement that he knew the bed wasn’t all the way lowered, but said it was in the process of lowering and he thought it should have been all the way down by the time he got on the highway, according to the report.

“This was an accident I am truly sorry for,” Beard wrote.

Witnesses told troopers that they did not see the truck bed lower until Beard pulled over after the crash, the report said.

Troopers also interviewed the foreman at the work site, who said Beard did not check-in when he arrived at the site or before he left.

The report said that Beard was driving for Midland Concrete and Sand Transportation. A manager at the company said in a written statement that the company trains its drivers not to drive with the dump bed raised, the report said.

Beard told troopers he received his trucking license in February 2020 and had been driving that dump truck nearly every day since July.

Ripepi, 62, lived in Independence with his wife Kristen and has three children, Julia, Marisa and Nick. The City of Cleveland said in a statement after Ripepi’s death that he was instrumental in donating money to the city’s police department to buy ballistic vests for its police dogs.

Ripepi’s brother, Anthony Ripepi Jr., filed a wrongful death lawsuit in December against Beard, the site foreman, the manager at Midland Concrete and Sand Transportation and several companies including those that designed and manufactured the dump truck and its bed.

Man killed when I-480 highway sign fell on truck identified as vice president of A. Ripepi & Sons Funeral Homes