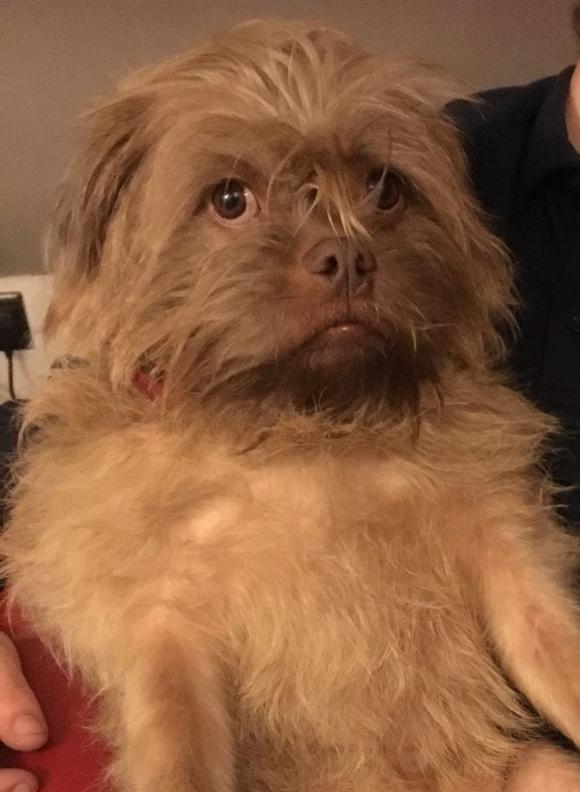 Two adorable dogs have an “unusual” feature that has given them quite a reputation.

The seven-year-old sibling pooches, originally from Wales, are a mix of a Staffordshire bull terrier and a shih-tzu crossed with a pug.

Kerry, from Plymouth, has had the pair of pups for seven years but says she often gets people commenting on their appearance, especially Ronnie’s.

She said: “Some of the pictures and the faces she pulls are so funny. All we ever get is, ‘oh my god she looks like an Ewok’, she gets told she looks like everything but a dog.

“Everyone thinks I named them after the Krays but I didn’t. People say, ‘oh that’s where you get their names from’ but it’s not.”

Kerry says one of the dogs is actually named after an old friend, and the owner is confident that their “unique” features make them one-of-a-kind, as she said: “They’re so unique, I doubt you’d find another pair of dogs like it.

“They’re so unusual, but they’ve got a beautiful temperament as well. They’re brilliant with kids, they love kids.

“Ronnie’s a bit funny if there’s food around, but they’re amazing.”

But not only do they look human, they ‘talk’ too.

“They’ve got such amazing personalities. When I say to Ronnie ‘talk’ she’ll talk. She sounds like Mutley!” Maggie revealed.

“Now my children have all grown up, they’re my fur babies. I love animals, I think they’re amazing.”

What do you think the dogs look like? Let us know in the comments.