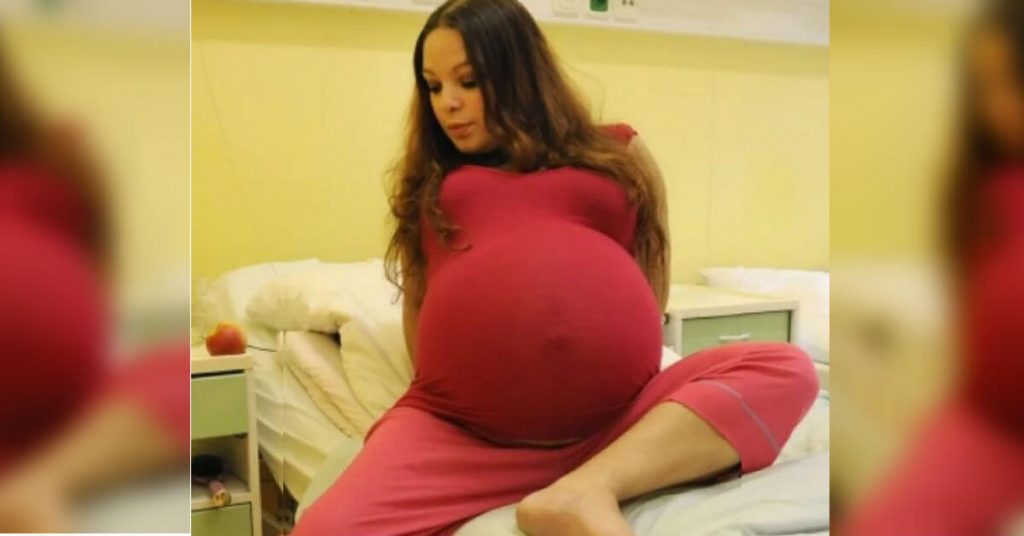 Welcoming one new child into the world is an exciting milestone enough – but what about welcoming multiple? Twins, perhaps? Or triplets?

Well, for Alexandra and Antonin Kinova from the Czech Republic, the number went beyond that!

When the Kinovas first found out they were expecting, they weren’t too surprised when their doctor revealed that they would be having twins.

After all, both Alexandra and Antonin have a long family history of twins, so the fact that they’d be continuing the tradition was not something that hadn’t already partially mentally prepared for.

But as they got ready to welcome two babies into their loving family home, their doctor called them again and asked them to return for a re-diagnosis.

Having just returned from being told they were going to have twins, the Kinovas were understandably quite surprised that they needed another check-up so soon

The doctor ran the usual tests and came back with incredible news. The ultrasound showed that there weren’t actually twins in Alexandra’s womb.

At least, not twins, but quadruplets instead! The news was so surprising for the couple and they were overjoyed.

It was a true miracle, as it estimated that a mere 1 in 571,787 pregnancies results in the spontaneous conception of quadruplets.

But the surprises weren’t over yet.

One month later, Alexandra went for a routine ultrasound which ended in a rush of shock. The ultrasound showed that there weren’t just four babies, but five!

Upon finding out about this, Alexandra began to cry.

She was so overcome by emotion and although she knew it would be a challenge, she was determined to breastfeed them all and care for them as needed.

Of course, this is even more of a miracle because the odds of a spontaneous conception of quintuplets are approximately 1 in 60 million.

Then, the day came for Alexandra to deliver her babies.

The hospital doubled their usual delivery staff, bringing the total number of attending doctors, midwives, and other staff members to almost 40 people.

Often, multiple births can be fraught with complications, but not for Alexandra.

Her labor and delivery went smoothly and without a single hitch!

Alexandra and Antonin welcomed 1 baby girl and 4 baby boys into their family.

Their names are Alex, Deniel, Martin, Michael, and of course Tereza, the only girl.

All babies were perfectly healthy upon delivery and Alexandra herself was doing very well post delivery – a sure sign that this is nothing short of a true miracle of life.

Quintuplets are born in the country only once every 480 years approximately.

As if we needed any more proof that this couple and their lovely little ones are just full of miraculous energy!

We expect that these new parents will have their hands very full for a while, and we wish them the best of luck as they embark on a new chapter of their lives together.

It’s an exciting and challenging time, but something tells us that the Kinovas are more than capable of taking it on.