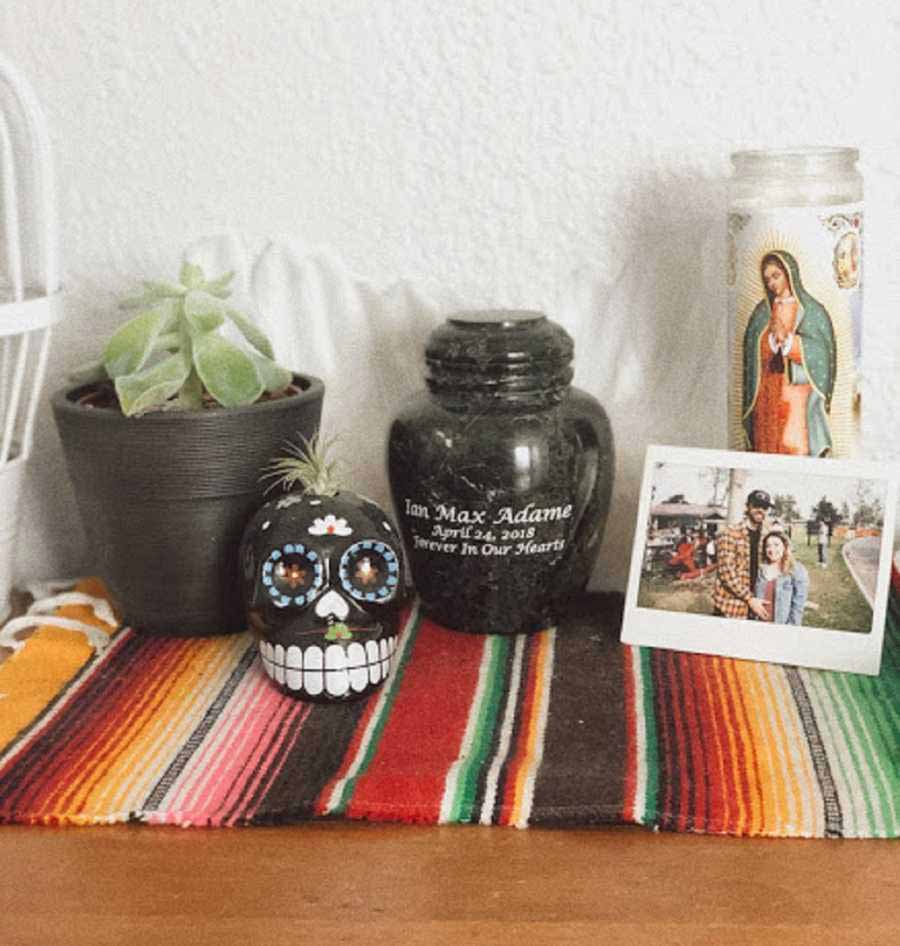 A doctor dropped a woman’s stillborn baby and tried to comfort her by saying she will have more.

Kristal Amezquita shared her devastating experience in a blog post for Love What Matters.

In her post, she described the heartbreak, shock, and devastation she felt when the doctor dropped her premature baby during delivery. Upon dropping the newborn, the obstetrician had tried to comfort the mom by saying, “It’s okay, you’re young, you’ll have more, YOU are okay.” Kristal shared her entire story, from the moment she found out she was pregnant to the day she lost her son, Ian Max.

Since I was a young girl I knew I wanted to be a mom. I’ve always joked that I was put on earth to be a mom.

She unexpectedly lost Ian Max 5 months into her pregnancy.

While everything was going well for the first few months of Kristal’s pregnancy, she suddenly began to experience sharp, unbearable pain. When she visited her doctor’s office for a checkup, she was told that Ian was perfectly fine and that she was ‘probably just experiencing growing pains’. Feeling relieved, Kristal had left the doctor’s office and gone to work. On the following day, she was in agony. When she reached the ER, she was told that she was in labor.

The nurse came in to ask me what I was feeling, why I had come in, she opened up my legs, looked and instantly said, ‘I’m going to get a doctor.’ The doctor came, looked as well, and that is when my heart shattered into a million pieces. He told me the membranes of the water bag were protruding and I was already leaking water (technically already in labor—the pain I was experiencing were contractions), the water Ian needed to survive was coming out.

She was asked to choose between expeditating her pregnancy or letting it take its course.

Out of the two options, she chose to let her body take its course. However, shortly after, her water broke and she realized that there was nothing she could do. It was then that she had become inconsolable as she understood that she was losing her child. Kristal explained the details of the painful delivery, explaining that she had screamed in pain. An already devastating experience was made worse by the obstetrician who dropped the newborn:

I was so in shock, the OB who delivered Ian dropped him when he came out, and kept saying to me, ‘It’s okay, you’re young, you’ll have more, YOU are okay.’ How can you tell me I’M okay when I just lost my son?! I couldn’t believe what had just happened. My mom said she felt like he was going to be thrown away with all the trash – the way the OB handled Ian. Since Ian was so tiny, he kind of slid right out and they failed to catch him.

Kristal and her partner Diego stayed at the hospital for two more days so that they could spend some time with their son before saying their goodbyes. By sharing her story, Kristal hopes to raise awareness of how devastating child loss can be:

I hope that if anyone else has or is experiencing baby loss, preterm labor, a miscarriage; you never feel alone.