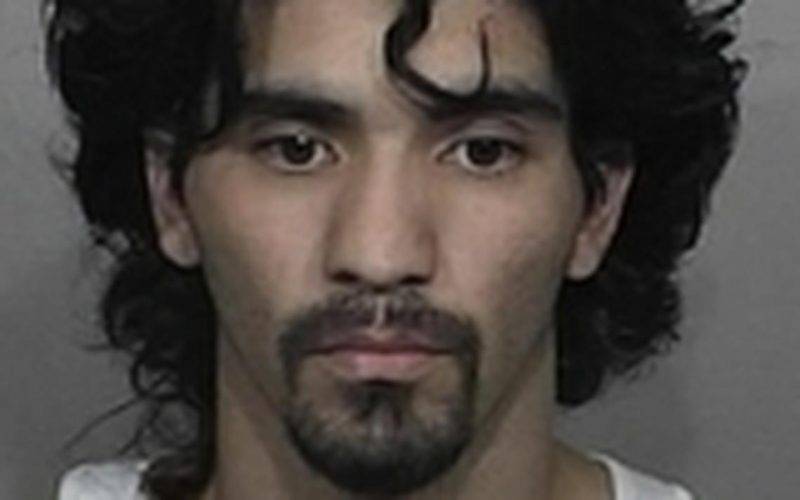 The Northland man who received international notoriety when he was convicted of having sex with a dead deer for sexual gratification is in trouble with the law again.

The Northland man who received international notoriety when he was convicted of having sex with a dead deer for sexual gratification is in trouble with the law again.

Bryan James Hathaway, 25, current address unknown, was arraigned Wednesday in State District Court in Duluth charged with four crimes — including assaulting a woman police officer — during an incident at the Hermantown Walmart on Monday night.

Hathaway is charged with the fourth-degree assault of Officer Kody Vedder, obstructing legal process, fleeing on foot and receiving stolen property. He’s being held in the St. Louis County Jail on $20,000 bail. He also has a pending probation violation hearing in Chisago County for a 2008 theft conviction.

According to the criminal complaint:

Officer Vedder was off duty and shopping with her 11-year-old daughter at Walmart about 6:15 p.m. She had been working earlier and was wearing a black T-shirt with the word “POLICE” printed in large white letters on the front and back of the shirt.

Vedder was walking to her vehicle when she spotted a man, who turned out to be Hathaway, in the backseat of a vehicle parked next to her. She thought he was acting suspiciously by rummaging around, looking through bags, repeatedly ducking down and appearing nervous and watching for people approaching. She got out of her vehicle, knocked on the car window and pointed to the lettering on her shirt. She told the suspect that she was a Hermantown police officer and to not move.

She called 911 and asked for police response. Hathaway then attempted to run. Vedder grabbed the back of his shirt. She placed her right arm on the back of his neck and tried to take him to the ground. The suspect grabbed her arm and pushed her to the pavement, causing scratches and bruises to her lower back and tail bone.

Officers from the Hermantown, Proctor and Duluth police departments, the St. Louis County Sheriff’s Office and the State Patrol responded. A Proctor police officer apprehended Hathaway near the Volkswagen of Duluth dealership at 4735 Mall Drive.

Police searched the Lincoln Town Car Hathaway was in when he was spotted by Vedder. Officers recovered a Minnesota Twins backpack containing two Android cell phones. One of the boxes still had the security device around it and the other one did not. A Virgin Mobile LG cell phone and a new power cord still in a plastic bag were recovered. It was determined that all three phones were sold by Walmart with the Android phones valued at $259.76 and the LG phone valued at $129.88.

Vedder went to the St. Louis County Jail and identified Hathaway as the individual who had attacked her. Hermantown Police Chief Jim Crace said that the pain in Vedder’s lower back and arm increased and she was getting X-rays to determine the extent of her injuries.

Hathaway received a probationary sentence and was ordered to undergo psychological treatment after he was convicted of having sex with a dead deer that he found while biking along Stinson Avenue in Superior on Oct. 11, 2006. He pleaded no contest to a charge of sexual gratification with an animal.

In 2005, Hathaway pleaded no contest to a felony animal mistreatment charge in connection with the shooting of an Arabian horse in Douglas County. According to the criminal complaint in that case, Hathaway told the detective on the case that the reason he shot the horse was because he wanted to have sex with the animal.

According to the Wisconsin Department of Corrections, Hathaway remains under probation supervision until August of next year.