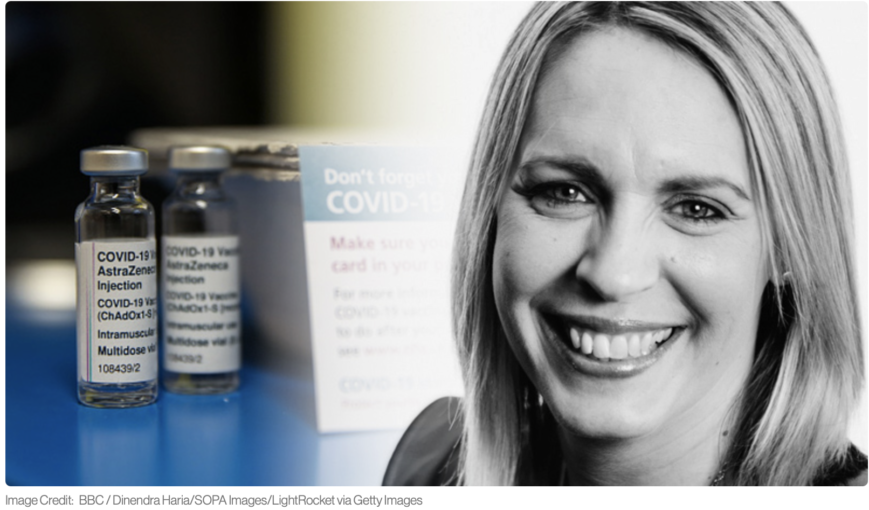 The 44-year-old BBC Newcastle presenter died in May after complaining about “severe” headaches for about a week following her first dose of the jab.

On Thursday, Newcastle senior coroner Karen Dilks testified during an inquest that Shaw had developed blood clots as a result of the vaccine which ultimately killed her.

“Lisa died due to complications of an AstraZeneca Covid vaccination,” Dilks said.

We are so sorry and saddened to share with you that after a short illness our beautiful colleague Lisa Shaw has died.

Everyone at the station is devastated and thinking about Lisa’s lovely family. She was a brilliant presenter, a wonderful friend and a loving wife and mum. pic.twitter.com/tw3Lc2YzBW

According to Shaw’s family, she was hospitalized for “bleeding in the head” shortly after receiving the vaccine.

“Lisa developed severe headaches a week after receiving her AstraZeneca vaccine and fell seriously ill a few days later,” the family said in a statement.

“She was treated by the Royal Victoria Infirmary’s intensive care team for blood clots and bleeding in her head.”

“In a statement, Dr. John Holmes who treated her said she complained of having a ‘severe headache shooting and stabbing’ across her forehead and behind her eyes,” reports the BBC.

The inquest also heard from pathologist Tuomo Polvikoski, who testified the radio presenter was healthy prior to taking the jab.

“Asked about the underlying cause of the fatal clotting on her brain, he said the clinical evidence ‘strongly supports the idea that it was, indeed, vaccine induced,’” according to the Guardian.

“Based on available clinical information, it seems to be the most likely explanation,” Polvikoski stated.

According to reports, the UK began offering alternatives to the Oxford-AstraZeneca Covid-19 shots for people under 40 as more fatal blood clots came to light.