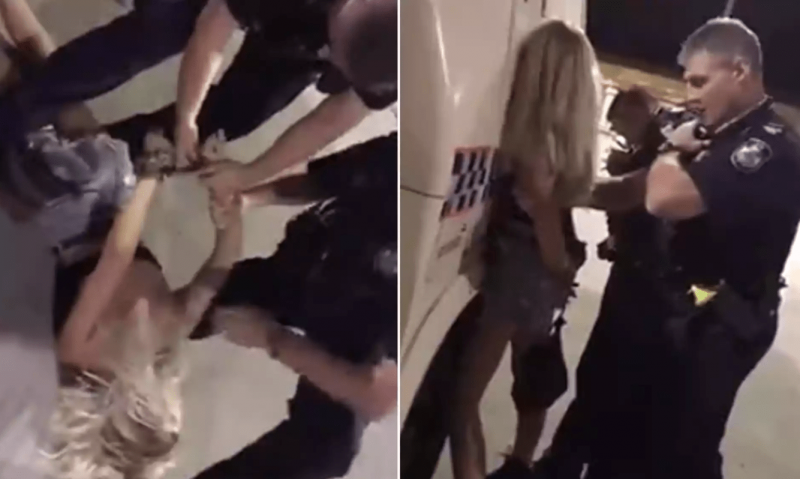 A Canadian cop has been captured in a shocking video where he was seen to body slam a woman in judo like move and it was seen that her face was sent to the floor first at the Calgary police station. This led the officer to the court on an assault charge, according to the reports.

The footage has been released in the courts this week where Constable Alex Dunn was escorting the suspect, Dalia Kafi to get her to take her mug shot in December 2017.

In the video, the woman is seen standing against a wall with her hands cuffed behind her back as officer tried removing her scarf which made her move away and as she tried to prevent him from pulling it.

Out of the blue, the officer then whips the suspect on to the floor and then another cop arrives and lifts her up. You will be able to see the blood on the spot where her head got hit. The 26year old woman suffered a broken nose that then needed surgery and a split lips that had to be stitched.

The officer was suspended with pay in the 2019 assault causing bodily harm but has returned to work in an administrative role, according to reports.

A police told the reporters that, “Due to court delays related to COVID-19, Const. Dunn’s duty status was revisited and updated such that he returned to work restricted to non-operational functions while awaiting disposition on this charge.”

The officer who had been accused said that, “Her hand had come up and wrapped around my hand,” he said. “I immediately said to her, and excuse my language, your honor, ‘What the f—, you’re supposed to be in handcuffs.’