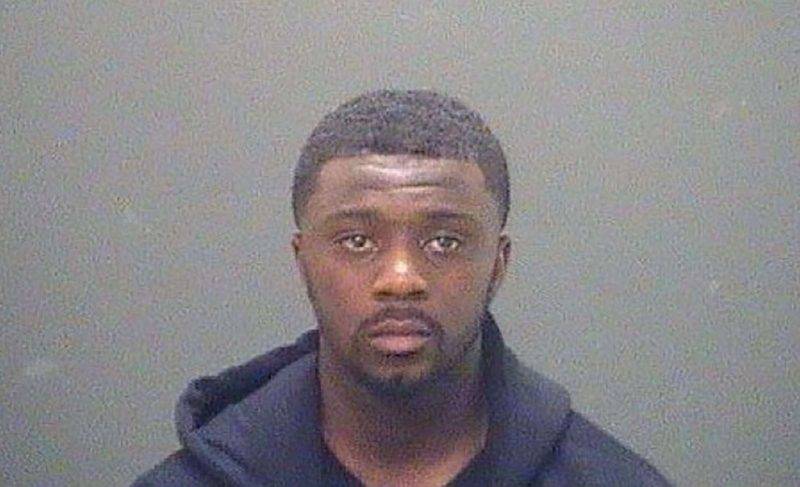 The grandson of Cleveland Mayor Frank Jackson turned himself into police Sunday morning on a December arrest warrant after allegedly hitting his girlfriend in the face during an argument.

Frank Q. Jackson, 24, led police on a car chase just after midnight Sunday, allegedly dragging an officer during the pursuit, according to ABC 5.

He then turned himself into police.

A warrant was issued for Jackson’s arrest Thursday for domestic violence, a first-degree misdemeanor, over the fight with the mother of his child.

The 21-year-old woman, who has not been publicly identified, told police she asked Jackson to get a diaper for their 10-month-old child’s diaper, then got upset when he only returned with one because she would “eventually need more diapers for their child and was confused as why he only brought one,” according to a police report obtained by ABC 5.

The verbal argument escalated and Jackson allegedly hit her “possibly two to three times” in the head and face.

Jackson denied any physical contact and claimed his girlfriend was upset that he didn’t give her money for a manicure.

The mayor’s grandson was already on probation from a January 2020 plea deal over a 2019 assault. Jackson pleaded guilty to misdemeanor assault and prosecutors dropped the felonious assault and abduction charges after he allegedly beat an 18-year-old woman with a trailer hitch, choked her, punched her several times and pulled her across a lawn by the hair. She asked for extra police protection at the time because she was so scared of him returning.