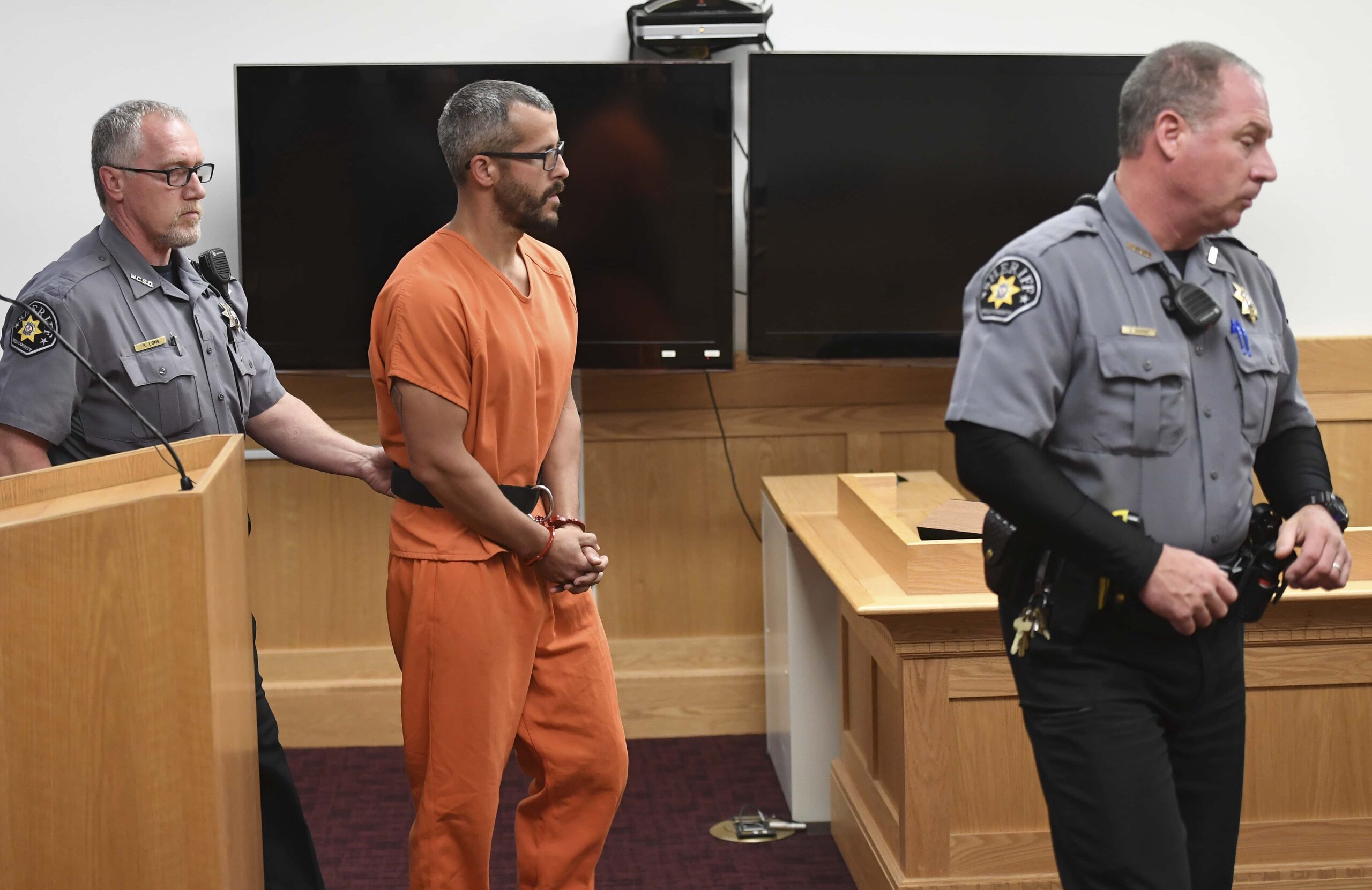 Family killer Chris Watts, who is currently serving multiple life sentences for killing his wife and daughters, has reportedly struck a friendship with another infamous killer in prison. According to a new book titled ‘The Perfect Father’, Watts reportedly met Jake Patterson when they were placed in neighboring cells. Patterson was imprisoned after being charged with two counts of murder and one count of kidnapping after brutally attacking a family in October 2018.

Watts, a 33-year-old Colorado oil worker, killed his wife, Shanann, who was 15 weeks pregnant, along with his two daughters aged three and four on August 13, 2018. Watts, who had initially reported them missing and had made a public plea for their return, was arrested as he admitted to killing them. It was later discovered that Watts was having an affair with a fellow co-worker at the oil company. He dumped the bodies of his children in two oil tankers, where he worked. The bodies were found four days later. Shanann’s body was recovered from a shallow grave near the tankers. Shanann, in the days before the killings, had reached out to a friend and shared her concerns about her marriage. She, however, never suspected that her life could be in danger.

Meanwhile, Patterson, dubbed “the embodiment of evil”, was a stranger to the Closs family when he forced his way into their home in Wisconsin. The murderer killed the parents of 13-year-old Jayme Closs, James and Denise, and abducted the child. He reportedly shot the father and smashed down a bathroom door where Denise was hiding with daughter Jayme. Patterson shot the mother and dragged out the teen. He held her for 88 days before she finally made her escape. The teen, in a statement to the court, wrote: “I watched his routine and I took back my freedom. There is no doubt in my mind that you are one of the most dangerous men to ever walk on this planet.”

As Patterson was being sentenced, the survivor spoke of her late parents and added: “They did all they could to make me happy and protect me. He took them away from me forever. I felt safe in my home, and I loved my room and all of my belongings. He took that too. I don’t want to even see my home or my stuff because of the memory of that night.” Jayme called his abductor the “embodiment of evil” as he Patterson pled guilty to two counts of first-degree murder and kidnapping.

Reports state that Patterson wrote that he fantasized about abducting girls and killing their parents, however, he was scared of going to hell. The twisted killer acted out his fantasy by killing the Closs family shortly after he abandoned his faith. Reports state that Patterson appears to have adopted the religion again and reads the Bible with Watts. The pair, who live in neighboring cells, reportedly “spend hours discussing” passages of the book.

Watts, now 35, is currently housed in a prison in Wisconsin and has a Bible and multiple family photos in his cell. Watts had initially attempted to pin the murders of her children on his wife when he first confessed to murdering Shanann. However, he has since pleaded guilty to killing his daughters and wife. Watts was formally charged with multiple counts of first-degree murder, one count of unlawful termination of a pregnancy, and three counts of tampering with a deceased human body. However, he later entered a guilty plea in exchange for five life sentences without parole.