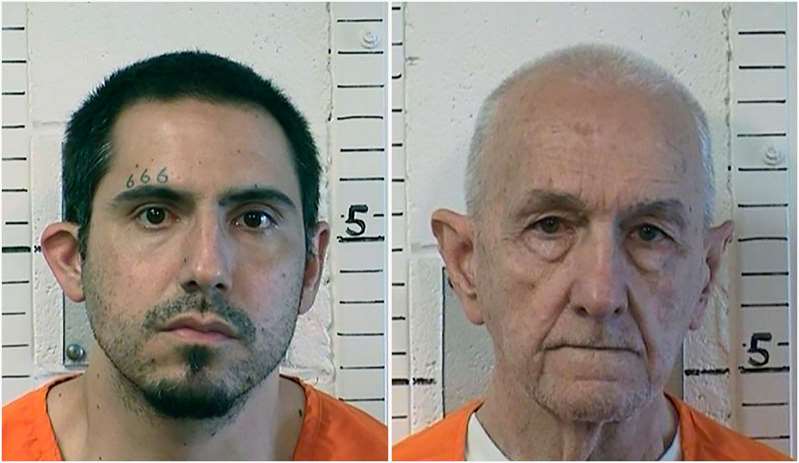 A California murderer admitted to murdering his cellmate, the I-5 Strangler serial killer, in order to avenge his victims.

According to the San Jose Mercury News, which received a five-page confession, Jason Budrow, 40, strangled 81-year-old Roger Kibbe in February, the day they became cellmates at Mule Creek State Prison because he wanted a single-man cell and was on “a mission for avenging” Kibbe’s victims.

“My actions were drafted out with specific intent, cognitive complexity, and were generally more nefarious than a haphazard murder-spat,” Budrow, himself a convicted murderer, wrote. “What had started out as my original bare-bones plan of doing a straightforward homicide of a cellmate to obtain my single-cell status evolved into a mission for avenging that youngest girl and all of Roger Kibbe’s other victims.”

So far, no additional charges have been filed against Budrow for the murder, which occurred Feb. 27 though his body was not discovered until the next morning.

“Should Amador County and/or the new Attorney General for the State of California elect to seek death penalty prosecution against me for murder-one with special circumstances (lying in wait, execution style, desecrating a corpse, whatever) they can go ahead and ‘run that,’” Budrow wrote. “I am down to test my theory that no jury during a penalty phase of my potential death penalty trial will ever vote to see me executed for murdering Roger Kibbe, the ‘I-5 Stranger.’”

Kibbe is believed to have raped and killed at least seven women and girls during his reign of terror. Between 1977 and 1986, he killed several women who he offered a ride to on 1-5. He was convicted of murdering a 17-year-old girl in 2009 and then later to killing six other women and girls in order to avoid a death sentence. He was serving several life sentences with no possibility for parole when he was murdered.

Elsewhere in his letter, Budrow admits to carving symbols into Kibbe’s body after killing him and that he spent months “grooming” Kibbe before they could become cellmates. He also said he saw a TV special about Kibbe’s crimes and experienced “dream visions” that set him on his course of action.

Budrow closed his confession with an acknowledgement that he had been granted single-man cell status.