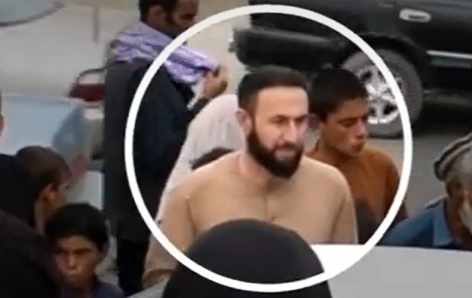 Every Pentagon official involved in the last airstrike in Afghanistan should go in front of a tribunal court immediately. The New York Times which usually leans left released a bombshell investigation that reveals the U.S. Airstrike in Afghanistan that killed an “ISIS K” member actually killed an innocent aide worker who was just delivering clean […]

Every Pentagon official involved in the last airstrike in Afghanistan should go in front of a tribunal court immediately.

The New York Times which usually leans left released a bombshell investigation that reveals the U.S. Airstrike in Afghanistan that killed an “ISIS K” member actually killed an innocent aide worker who was just delivering clean water to his community.

A  video obtained by the New York Times shows a man named Zemari Ahmadi who was employed by a California NGO, delivering water to residents of Kabul just a couple of hours before he was targeted as a member of ISIS K and killed in  a airstrike.

The Pentagon emphatically stated that they took out a member of ISIS K in the airstrike which caused 10 other civilians to be killed but now after the New York Times discovered what was in Ahmadi’s car it appears the Pentagon wanted to clean up Biden’s horrendous withdrawal and issued a random airstrike to make it appears as if the Biden admin was in control.

NEW:The Pentagon called its last attack in Kabul a “righteous” hit on an ISIS operative. An NYT team found the “operative” was an aid worker, “explosives” in his car were likely water jugs & the hit – killing 7 children – may have been tragically misguided https://t.co/8UTRc7vWep

Here’s a video of Ahmadi filling up water containers:

🇺🇸 Before leaving Afghanistan, the US struck a vehicle in Kabul, claiming it was loaded with bombs.

▪️It turned out that the vehicle belonged to the charity worker Zemari Ahmadi, who carried water to his family. pic.twitter.com/7cJuHqQUb5

Here’s what the New York Times had to report:

It was the last known missile fired by the United States in its 20-year war in Afghanistan, and the military called it a “righteous strike” — a drone attack after hours of surveillance on Aug. 29 against a vehicle that American officials thought contained an ISIS bomb and posed an imminent threat to troops at Kabul’s airport.

But a New York Times investigation of video evidence, along with interviews with more than a dozen of the driver’s co-workers and family members in Kabul, raises doubts about the U.S. version of events, including whether explosives were present in the vehicle, whether the driver had a connection to ISIS, and whether there was a second explosion after the missile struck the car.

Military officials said they did not know the identity of the car’s driver when the drone fired, but deemed him suspicious because of how they interpreted his activities that day, saying that he possibly visited an ISIS safe house and, at one point, loaded what they thought could be explosives into the car

Times reporting has identified the driver as Zemari Ahmadi, a longtime worker for a U.S. aid group. The evidence suggests that his travels that day actually involved transporting colleagues to and from work. And an analysis of video feeds showed that what the military may have seen was Mr. Ahmadi and a colleague loading canisters of water into his trunk to bring home to his family.

General Mark Miley who has spent most of his time advocating for Critical Race Theory the last couple of months said the airstrike was a righteous act.

Here’s the moment he said it:

Good of the reporters to juxtapose their findings with General Milley’s public assurances after the strike.

Here’s video clip of his remarks about what he called a “righteous strike.” pic.twitter.com/QcTCnu6z9M

It appears the Pentagon literally killed innocent men and children in order to preserve Biden’s reputation.

Biden along with others involved in the airstrike should be tried as war criminals immediately just imagine if Trump made a move like this.