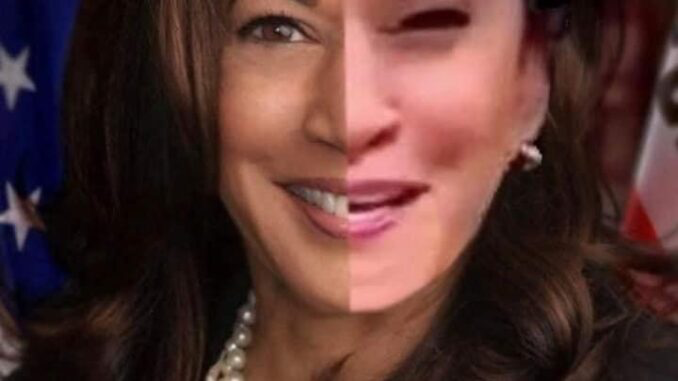 After announcing her as his running mate, Joe Biden gushed about how Kamala Harris is supposedly a “fearless fighter for the little guy, and one of the country’s finest public servants.” But how can this be true when Kamala was a quintessential bad cop during her tenure as San Francisco’s chief prosecutor?

In his book Profiles in Corruption: Abuse of Power by America’s Progressive Elite, Peter Schweizer explains how Kamala failed to prosecute even one case of child sex abuse by Roman Catholic priests, despite having numerous cases thrown her way.

During the 13 years that Kamala was a district attorney, and later attorney general, she systematically covered for the big guys while betraying the little guys – though you are unlikely to hear about any of this from the mainstream media, which is worshiping Kamala almost to the degree that it worshiped Barack Obama.

While at least 50 other major cities at that time were busy prosecuting pedophile priests for molesting and raping young boys, Kamala “would strangely hide vital records on abuses that had occurred,” Schweizer contends. Kamala also retaliated against a district attorney who tried to do the job that she refused to do, almost as if she herself was secretly guilty.

By the way, more news about corrupt Kamala is available at KamalaHarris.news.

The very same woman who now wants to control the amount of red meat that Americans are allowed to eat was nowhere to be found in pursuing actual justice against heinous child sex abusers who were taking advantage of innocent children within the confines of religion, which is about as heinous as it gets.

“Harris had no particular ties to the Catholic Church or Catholic organizations, but the money still came in large, unprecedented sums,” Schweizer writes, noting that Kamala maintained deep financial ties to the religious child sex abusers she sought to protect.

Over the course of many years, various Roman Catholic organizations and individuals trying to protect the reputation of their religion amid compiling evidence of pedophilia among its leadership essentially paid off Kamala to keep these crimes under wraps – and it worked marvelously.

“Though Harris has touted her early career as a sexual crimes prosecutor, after she won her run-off campaign against Hallinan, her office actually worked to cover up the records of claims of sexual abuse by priests of the San Francisco archdiocese,” Dr. Berry further notes.

Kamala’s office claimed at the time that it did this to protect the child victims of sex abuse at the hands of Catholic leadership. But how does burying vital records and refusing to prosecute criminals in any way amount to protection? The only people protected were Kamala’s donors, which just goes to show the type of person she actually is, despite all the praise and worship from the mainstream media.THIS Humic Fulvic Has Provided Major Health Benefits To Thousands.

Is this monster really the best pick for vice president, and possibly even president in the event that Biden either croaks or is removed from office for being mentally impotent?