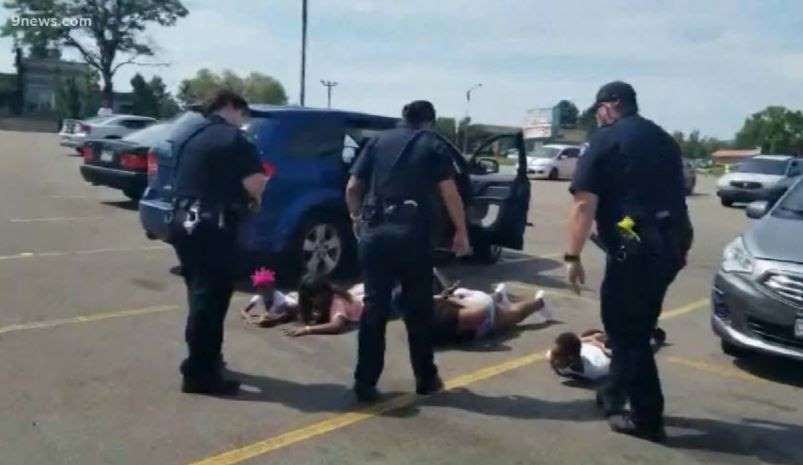 A Black family has sued a Colorado city and several of its police officers after four juveniles were wrongly held at gunpoint in a parking lot after officers mistakenly suspected their car was stolen.

According to the Denver Post, the incident occurred Aug. 2, 2020 when Brittney Gilliam and four girls aged 17, 14, 12 and 6, stopped near a nail salon. However, unbeknownst to them, their SUV with Colorado plates had the same license plate number as a motorcycle with Montana plates that had been reported stolen.

Officers stopped the car because of the plate, and without checking to see if the car matched the type of vehicle stolen, ordered the Gilliam and the girls out of the car at gunpoint.

Gilliam and several of the girls were handcuffed. An officer attempted to handcuff the 6-year-old, but was unable to fit them on her small wrists.

“There was no indication whatsoever that Ms. Gilliam and the girls posed any danger to (officers) or anyone else,” the lawsuit said, according to the Denver Post. “On the contrary, it was the (officers) who placed an innocent woman and four children at risk of harm by holding them at gunpoint, cuffing and frisking them and leaving them permanently traumatized.”

According to the lawsuit, Gilliam and the children are all in therapy and some are struggling to eat and sleep.

The city of Aurora, Chief Vanessa Wilson and five police officers, including Darian Dasko and Madisen Moen, who first stopped the car, are named as defendants in the suit.

A screenshot taken from video is included in the federal lawsuit filed in the wake of the Aug. 2, 2020, incident in which Aurora police held children at gunpoint after mistakenly believing the vehicle they’d been in was stolen.

The lawsuit seeks monetary damages, disciplinary action against officers, written apologies and changes in police policy and claims the incident was inevitable because of the city’s historic pattern of racial biased treatment against Black people.

The suit was filed in Colorado state court. Recently passed reform in Colorado allows for police officers to be held financially liable for any monetary judgements if named as defendants in lawsuits.

The local district attorney earlier this month cleared all of the officers involved in the incident, calling it “unacceptable and preventable,” but not criminal.