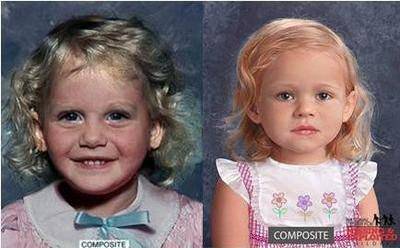 The 18-month-old found floating in a river now has a name.

When witnesses saw a mother and young child walking in the early hours of the 3rd of December 1982, they were concerned. The young woman was in a state of distress and walking barefoot along the Mississippi State Highway 63, with a toddler who wasn’t wearing a coat, despite the cold night.

She refused help from passers-by and as her journey continued, she was the topic of discussion over the truck driver’s radios that morning. What the drivers didn’t know, was that the little girl being carried would soon be found dead in the river.

Two days later, a truck driver reported to the Jackson County Sheriff’s Office that he’d seen a woman’s body floating in the Escatawpa River. The woman had been wearing the same blue jeans and blue shirt as the mother was seen wearing days earlier.

Officers immediately went down to the site and began looking for the woman’s body, but they didn’t find her. Instead, they found the toddler. Baby “Delta Dawn”, as she was named by police, had been smothered before being thrown into the river from the eastbound Interstate 10 bridge, alive. Her mother was nowhere to be seen.

Detectives quickly began looking into Delta Dawn’s death, but their investigation soon came to a standstill. Although countless witnesses saw the pair together, no one had spoken to the mother long enough to get a name.

The Escatawpa River was searched with the help of boats, helicopters and volunteers, but the mother’s body wasn’t found. Instead, they found the skeletal remains of a man. He was between 18 and 22 and had been shot to death. He was believed to have been in the river for at least six months, and his identity still remains unknown.

The little girl had strawberry blonde, curly hair and was described as being “markedly beautiful”. She was wearing a white and pink checked dress and although she was found with no food in her stomach, she had been cared for while she was alive.

Delta Dawn’s funeral was funded by police deputy Virgil Moore, local businesses and the funeral home, and she was given a Christian funeral. She was buried in the Jackson County Cemetery after a service at the Bethel Assembly Church in Pascagoula and four officers acted as pallbearers for her tiny casket.

The search continued for Delta Dawn’s mother and a media appeal was printed in newspapers across America. The articles featured a reconstruction of the little girl’s face, but no viable leads were reported.

In 2009, Delta Dawn’s body was exhumed to gather a DNA sample from her remains. Back in 1982, a forensic sample likely wouldn’t have been taken, but with technology advancing at such a rate back then, it needed to be acquired.

Her DNA was entered into the National Missing and Unidentified Persons System and the National Centre for Missing and Exploited Children for comparison against the enormous databases. At that point, no DNA match came back.

Further reconstructions of Delta Dawn’s face were created, with the hope of identifying her in a more connected world, but still, no credible leads were phoned into the sheriff’s office.

Then, Olivia McCarter and Catherine Serbousek came along.

19-year-old McCarter is a University of South Alabama student and was taking part in a forensic genealogy internship, where she was working on cold cases.

“I watched Bones when I was a kid, and that’s what I decided to do.”

McCarter helped identify other cases while she was interning, including a John Doe who drowned in 1979 in Missouri. Her third case was that of Delta Dawn.

Catherine Serbousek was saving for her 40th birthday vacation, but instead, she decided to fund the research needed to identify Delta Dawn.

Serbousek grew up in Arkansas hearing about the case of the unidentified baby. They were the same age and years later, she was reminded of the case once again. Serbousek called the sheriff’s office and told them that she wanted to help identify Delta Dawn through funding and they agreed.

Through DNA sequencing and genetic genealogy, the team along with McCarter managed to create a family tree and realised that the family members of Delta Dawn were still living in Missouri. Finally, the little girl had a name.

Alisha Ann Heinrich was 18 months old when she died. Her mother, Gwendolyn Clemmons was last seen in Joplin, Missouri just before Thanksgiving as she and her boyfriend travelled to Florida Alisha. Clemmons had recently divorced from Alisha’s father and she had disappeared around the 24th of November from her family’s home in Kansas City, Missouri.

The plan was to relocate to Florida as a family, but her boyfriend returned home soon after, without Clemmons and Alisha. The man, now deceased, is a person of interest to police.

“There’s so many cases that don’t stand a chance unless they’re solved this way,” said Anthony Redgrave, the lead forensic genealogist at Redgrave Research Forensic Services, where Olivia McCarter spent her internship.

There are currently 40,000 unidentified people in America, one of which lies next to Alisha in the Jackson County Cemetery, and she will be McCarter’s next case. “Baby Jane” was found in the Pascagoula River in 1988, and she will be exhumed this summer to take a DNA sample to find her identity, just like Alisha.

As for the remains found in the Escatawpa River, the man’s case is in the process of being funded, once again by Catherine Serbousek. The cost to find Alisha’s identity cost around $2,600 but this can vary, depending on the case.

“They aren’t going to be solved without money. A lot of places just don’t have the funding,” Serbousek told Oxygen.

Alisha will now receive a new headstone, that bears her full name and McCarter told reporters that she visits her grave a few times a month to take the little girl flowers.

Gwendolyn Clemmons’ body remains missing. Anyone with information regarding Alisha or her mother is advised to call the Jackson County Sheriff’s Department on (228) 769–3063.