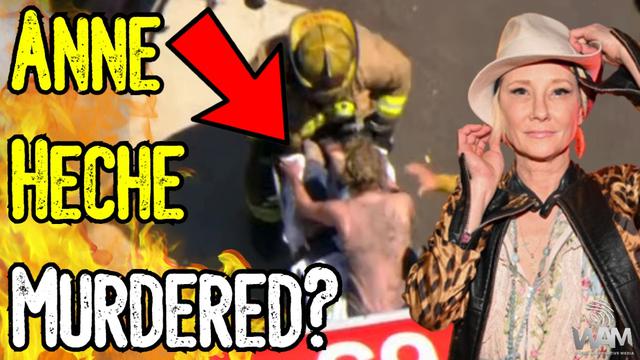 Josh Sigurdson reports on the strange case of Anne Heche dying in a firey wreck inside a home in California after allegedly doing copious amounts of cocain and getting drunk at 11am.
After crashing into a garage she crashed through a home and burst into flames along with her car.
She was seen struggling to escape the stretcher allegedly brain dead. A lot of questions are arising.
However, at the time of her death she was working on a film exposing child trafficking. This film is said to include information on Epstein.
But not just that. Anne Heche did a film in 2008 called “Toxic Skies” which detailed a pandemic or plague caused by the spraying of chemtrails by the government.
Interestingly, Spain worked with the UN to spray chemtrails in March and April 2020 officially speaking.
This can cause severe auto immune response to the metals.

It is impossible to not contemplate the correlations.

So following the mysterious death of Anne Heche, it is worth considering these strange connections.